Monday night served as a harsh dose of reality for a board that was either unprepared or unwilling to take a vote on a final budget in Seneca Falls.

The proceedings began with Dave DeLelys, recently re-elected to the Seneca Falls Town Board, reiterating his concern for the way the budget process played out. The Democrat, who won alongside Doug Avery for two available seats on Town Board, said that he felt the entire board should have been present throughout workshops.

Early in the workshop process, after they had been scheduled for the entire board – Supervisor Greg Lazzaro decided to take the workshop process a different direction – allowing Town Attorney David Foster and Senior Accountant Bev Warfel to lead the sessions. 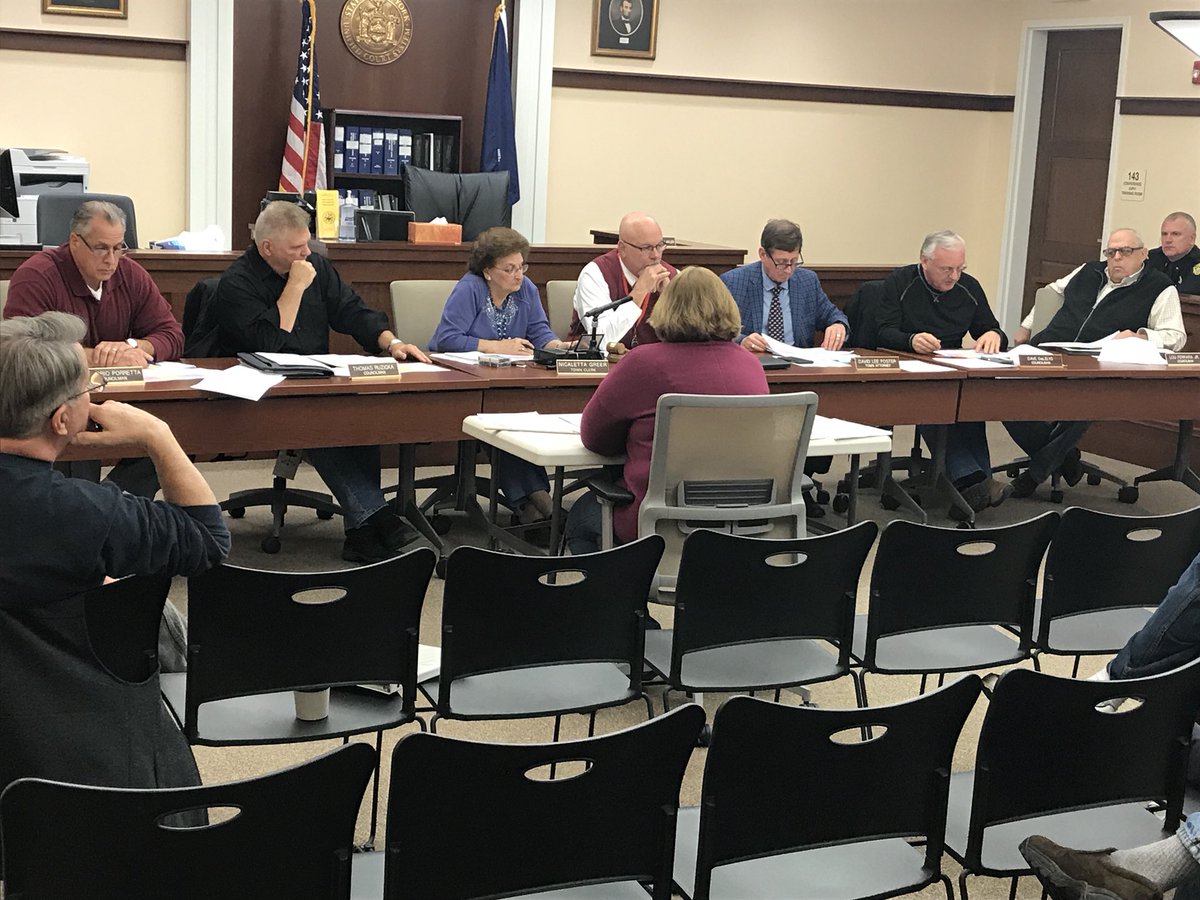 “We held workshops in the past and a lot of people didn’t show up,” explained Lazzaro, who continued to defend the new process at Monday’s special meeting.

Board member Vic Porretta shared DeLelys’ concerns and noted that he wouldn’t be able to vote on a final budget until many of his unanswered questions were determined.

The night would result in a series of votes, which would move the board forward. Foster and Warfel had prepared scenarios where the board could essentially choose the budget goals that fit their needs.

After a brief debate about whether to utilize the supervisor’s budget or the amended budget – Lazzaro called a vote on that provision. Ultimately, the board vote 2-3 for that measure. It meant, at least for the time being, Supervisor Lazzaro’s budget – which would have nearly doubled taxes on most residents – was off the table.

The other options weren’t much better, though.

The next budget up for a vote was the amended budget, which drew comments from the supervisor. “We have to start tightening our belts and if not now, when? Things are going to be moving fast and we’re going to be spending a lot of money,” Supervisor Lazzaro explained of the Town’s needs.

He pointed to infrastructure demands that are going to cost the Town, and it’s taxpayers, a lot of money in the coming years. His budget called for a portion of the landfill revenue to be used for infrastructure improvements.

However, as Deputy Supervisor Lou Ferrara pointed out while debating how much of the landfill revenue to use in the 2018 budget – the expenses associated with fixing local infrastructure will far-exceed anything that comes from the landfill.

The board voted 4-1 to move forward with the amended budget, which included requests from department heads – and was slightly pricier than Supervisor Lazzaro’s budget.

After the vote on accepting the amended budget as the baseline for what the board would do moving forward – Foster broke down what various scenarios would look like – depending on how much of the landfill revenues were used to keep the overall tax hike lower.

Two other options on the table, which would include using all of the money – or none of it – had severe impacts on the tax bill in the provided example.

In fact, if none of the landfill revenue were used – it would mean a tax increase of more than $577 for the aforementioned $100,000 assessed home.

This discussion spawned an interesting caveat as Foster laid out a scenario where Seneca Meadows could stop making payments to the Town of Seneca Falls assuming Local Law No. 3 remains on the books.

Foster said that after speaking with landfill representatives and legal team that the re-institution of an Article 78 against the aforementioned local law – requiring the landfill be closed by December 31st, 2025 was likely.

To that end, the Town Attorney said it’s “Probably not a real good bet” to count on all of the landfill revenue coming to the Town on time. He explained the scenario, whereby litigation would hold up those payments, and ultimately put Seneca Falls in a very tough spot.

Warfel said that operating without the landfill revenue would be difficult. “We don’t have the funds to operate without [it],” she explained.

Making matters worse, as the board began mulling over the possibility of having that revenue held up over legal matters – the decision had to be made regarding the path the board would take.

DeLelys moved to plan on using three-quarters of the landfill revenue in next year’s budget. That was seconded, and ultimately, Lazzaro was the only dissenting vote against it.

On Thursday, the board will now weigh the specifics of the decided on format. They move forward operating under the expectation that 75 percent of landfill revenue will be used in the Town Budget – if it comes through.

If the board fails to pass a budget by November 20th, the Supervisor’s Budget will become the final, legally binding budget.