Lightning is by no means a rare phenomenon.

That said, capturing it on video is a little rarer.

That’s exactly what happened in Lyons on Thursday though, as lightning struck a 3,000-gallon tank filled with gasoline.

The storm was passing over the Lyons Town Maintenance Facility when an employee witnessed it happen.

“Split-second, all I saw was smoke and what it looked like was just sparks,” said Ben Follette – a Building and Grounds employee with the Town of Lyons in a conversation with 13WHAM News. “Looking back on the video that we got, it turned out to be an actual fireball.” 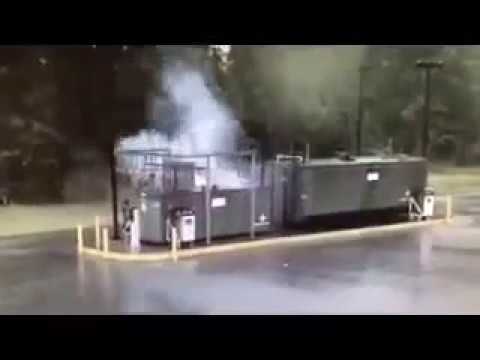 The gas tank fuels vehicles and buses for the Town.

Officials say the tank was just filled up moments before the strike, which had the timing been a little different – the entire thing would have been catastrophic.

Firefighters were called to the property to make sure the tank that started leaking isn’t dangerous. Officials also say that the tank will be replaced soon.