A pair of big swings by Lorenzo Cain and rookie Jorge Bonifacio helped break up what had been a taut pitching duel for the first six innings, with the Royals hitting four homers to power past the Yankees in a 6-2 victory on Tuesday night at Yankee Stadium.

Rookie Jordan Montgomery carried a one-hit shutout into the seventh before Cain cleared the wall, and Bonifacio gave Kansas City its first lead with a two-run shot to right-center off Adam Warren. Whit Merrifield and Mike Moustakas added long balls in the eighth to extend the Royals’ lead. 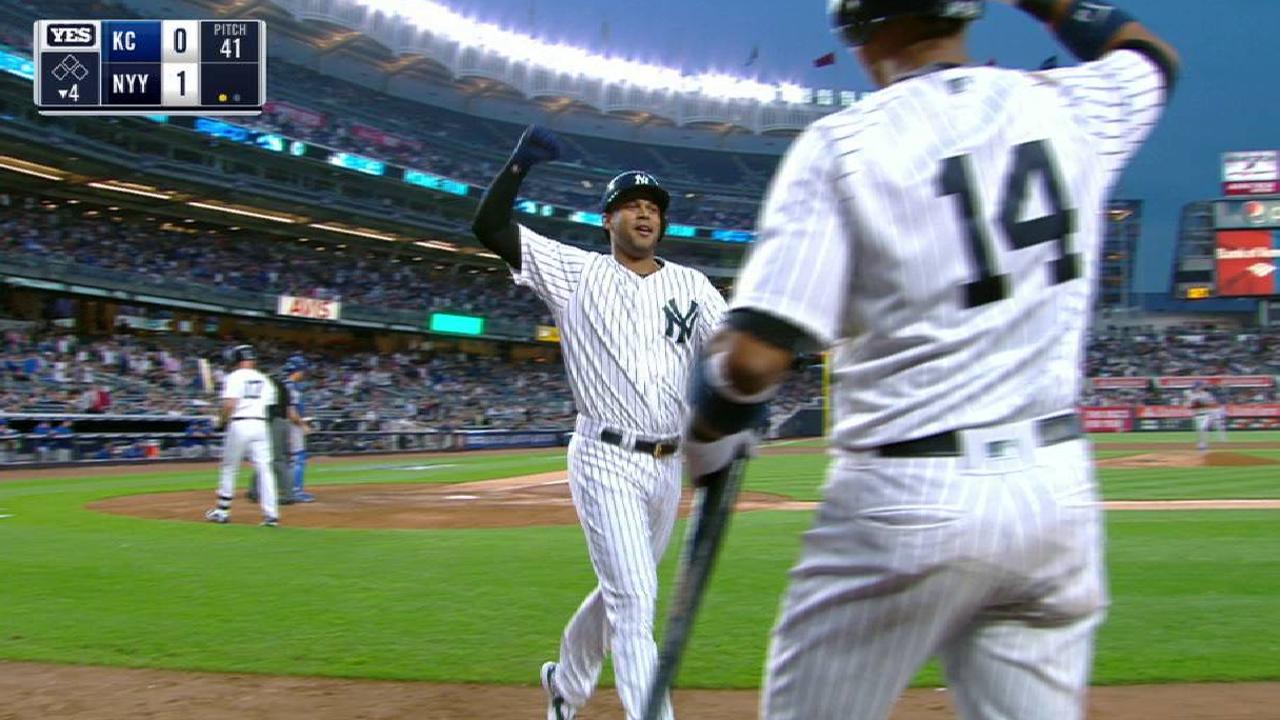