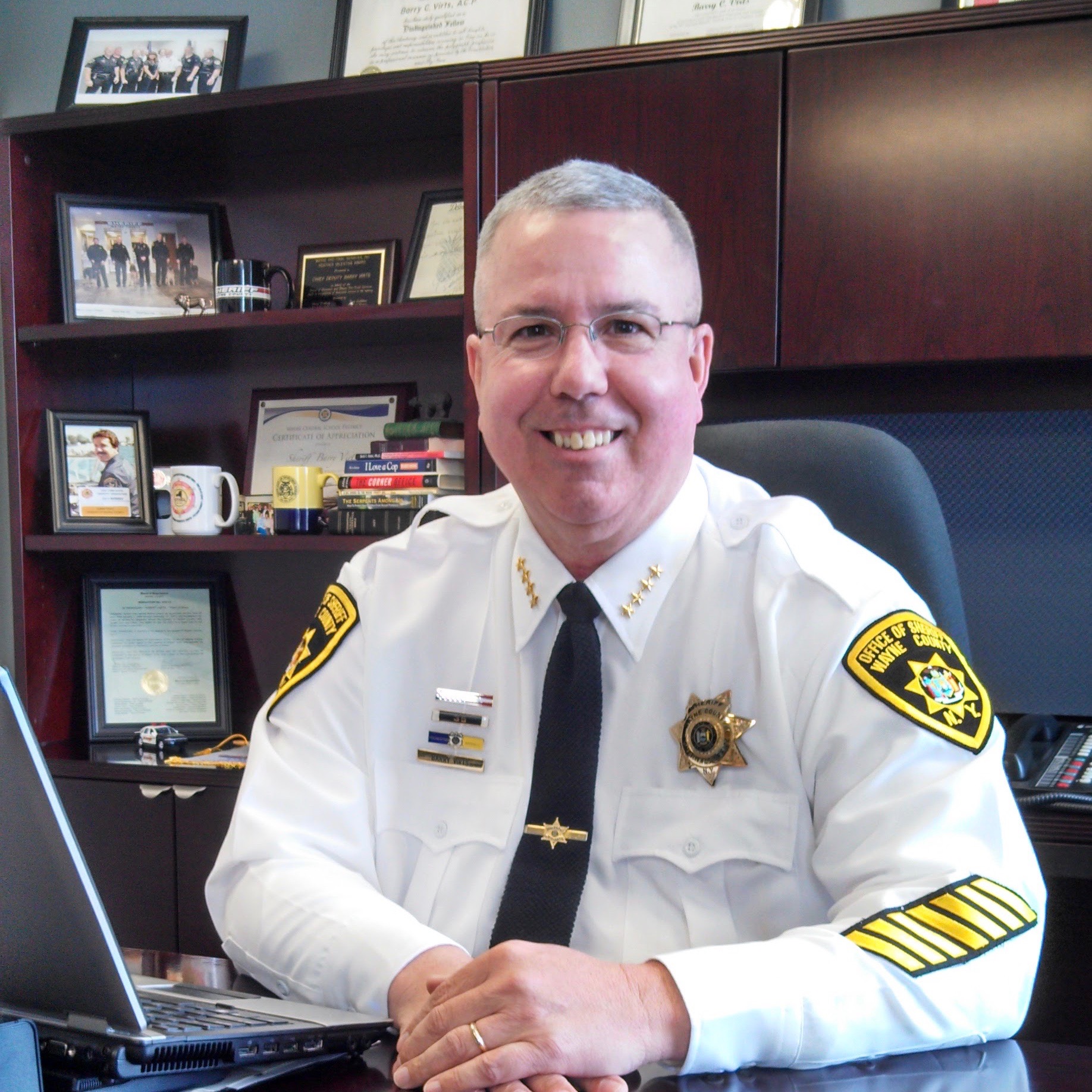 The Sheriff’s Office 2016 Annual Report is available online at www.waynecosheriff.org through your town supervisor and at all the public libraries in the county for your review.

On April 29th all Wayne County law enforcement agencies, Wayne-NET (Wayne Narcotic Enforcement Team) and the Drug Enforcement Administration will give the public another opportunity to prevent pill abuse and theft by ridding your homes of potentially dangerous, expired, unused, and unwanted prescription drugs. Studies show that a majority of abused prescription drugs are obtained from family and friends from household medicine cabinets. The service is free and anonymous, no questions asked. Bring your expired, unused and unwanted medications for disposal to the   following locations;

April is Sexual Assault Awareness and Prevention Month, and Child Abuse Prevention Month: Sexual assault and child abuse is very complex having everlasting emotional anxieties to the victim and their families. We all need to be aware and assist in the prevention of sexual violence and child abuse. April 2 – 8, 2017 is Crime Victims’ Rights Week to bring recognition; honor and help victims restore their lives. The New York State Sheriffs’ Victim Hotline or VINE is a free confidential service that notifies those that register by phone and email when an offender is released from jail or prison, contact VINE at 1.888.VINE-4-NY or go to www.vinelink.com for more information. You have a right to know. Board of Supervisors Chairman Steve LeRoy and District Attorney Richard Healy have joined me in recognizing and signing proclamations that address Sexual Assault Awareness and Prevention, Child Abuse Prevention  and Victims’ Rights Week that will be presented at the April 19th Board of Supervisors meeting. If you know of and/or have witnessed a sexual assault or child abuse, please report the crime by calling 911. For victim’s assistance contact the Victim’s Resource Center, Newark by calling 315.331.1171.

IF YOU SEE SOMETHING, SAY SOMETHING: Call 911 to report any suspicious activity.

Social media (Facebook, Twitter, etc.) is used to inform you of events and arrests that would be released to the media, but timelier to keep you informed. Social media sites are not used as an official communication tool. Concerns and inquiries should be directed to me by calling 315.946.5797, by email at [email protected] or by mail: Sheriff Barry Virts, 7376 Route 31, Suite 1000, Lyons, New York 14489. If you have a complaint that is an emergency or time sensitive, call 911 to have law enforcement respond immediately.