CC Sabathia was sharp in his first start, Ronald Torreyes and Chase Headley homered and the New York Yankees beat the Tampa Bay Rays 5-0 Tuesday night for their first victory this season.

Starting his 17th major league season and the final year of his Yankees contract, the 36-year-old Sabathia (1-0) limited the team he has faced more than any other to three singles and a pair of walks in five innings. 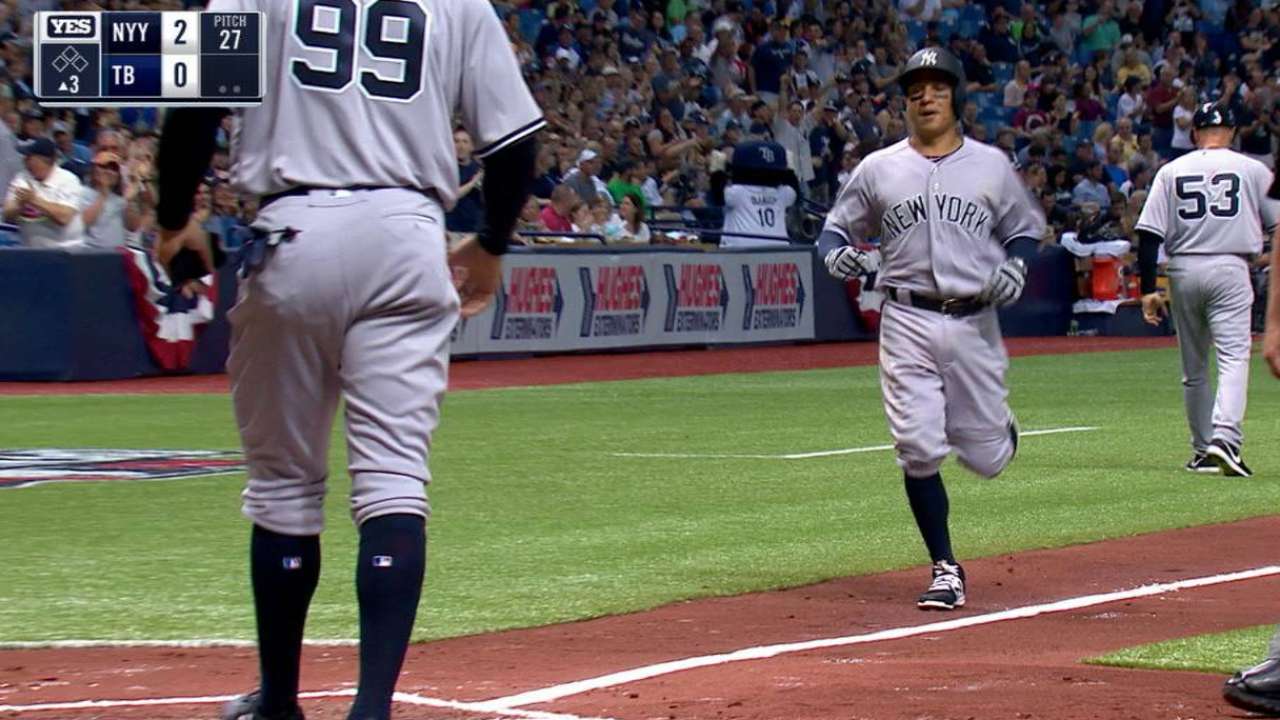