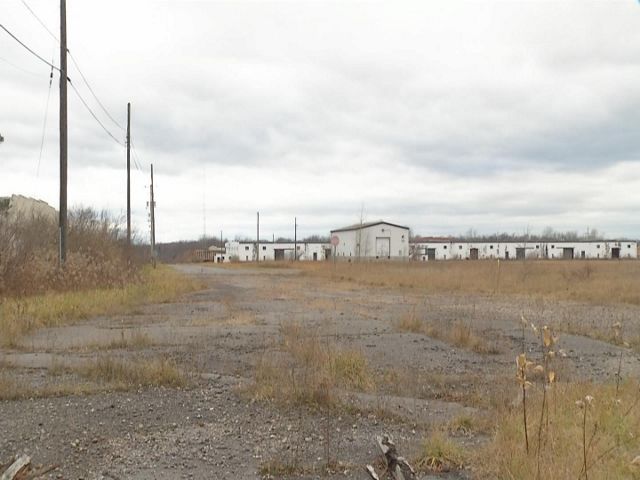 The Seneca County Industrial Development Agency gave the green light to begin Phase 1 of the Deer Haven Park project that will ultimately make way for planned development of the 7,000 acres at the Seneca Army Depot.

At their regular meeting January 5th, the board agreed to a $50,000 Payment In Lieu of Taxes from Earl Martin, of Deer Haven Park, LLC, the winning bidder for the property, for the first year of the lease. Board Chairman Tom Macinski said that number roughly equates to an assessed value of $1.5 million for the entire 7,000-acre property. In year two of the lease, the PILOT payment would increase to $75,000, raising the assessment to about $2.25 million. Macinski said money collected through the PILOT program would be turned over to the appropriate taxing authorities in the towns of Romulus and Varick where the property is located.

“I don’t think we handled the Depot well based just on what has happened this week,” said the project’s only naysayer, Fayette Town Supervisor Cindy Garlick-Lorenzetti.

She wasn’t alone in her thinking.

For Fayette residents Patti Nogle and her husband, Rich, the dilemma started over a year ago in 2015 when they received a letter from the IDA stating that their lease at the Depot would not be renewed for 2016 and the Seneca Army Depot would be put up for sale. For about five years, the Nogles had been leasing 55 acres of the Depot property. Patti Nogle said they paid the fees and hired an attorney to put in a bid, seeking to purchase the 55 acres they had been leasing. But before even starting the process, she said they went to the town assessor to find out how much the property was worth. According to Nogle, they were given an estimate of $1,000 to $1,200 per acre and their bid reflected that estimate.

After learning Martin had won the bid, Nogle said her husband approached Martin about buying the 55 acres from him. The Nogles were disheartened to learn from Martin that he believed the assessor’s estimate was “way too low,” Patti Nogle said.

“I am not happy about losing the bid,” Patti Nogle told board members. “In this 44-page document there is not one word about lease, it’s all sale, sale, sale.”
Nogle took the board to task in explaining how they came to accept a lease agreement for a property they intended to sell.

Board attorney Rob Halpin said that although the lease agreement has yet to be signed, there is a contract currently in place that obligates Martin to purchase the property and legally binds the IDA to the sale. That contract was signed at the board’s last meeting, he said. The contract allows for a leasing option of not more than two years, Halpin said, although the board can decide to not renew the lease after a year if they choose.

The lease agreement will be signed by both parties upon closing at which time Martin must pay $900,000 for the property, Macinski said. When the terms of the lease come to an end, whether that is in one year or two, Martin will pay the IDA $1 and claim ownership of the property. Macinski said the contract also states that if for any reason Martin opts out of the deal or it falls through, he will lose the $900,000 he paid up front and the IDA will retain ownership of the property.

Macinski said the reason they have allowed the two-year lease is so that an accurate value for the property can be determined by both parties. At present, the only assessment on the books puts the property’s value at more than $25 million – a value everyone agrees is off the mark, he said.

With approval from the board, Martin may now begin work creating a preserve to protect the white deer herd found on the property as well as begin development. The first step is a state environmental review, followed by public hearings on the review’s findings.

In light of all the turmoil the Depot’s lease agreement has generated, the board considered a resolution to hire a public relations firm – the same firm used by Martin, Lorenzetti noted. The board opted to table the resolution in favor of having the marketing committee develop a request for proposals for public relations services. The board anticipates seeking bids for a public relations firm that can meet all their needs, including those in social media, to keep the public up-to-date on what the IDA does and the decisions they make.

Tammy Whitacre is a reporter for Fingerlakes1.com covering Wayne County and the surrounding areas. You may email Tammy at tammy@fingerlakes1.com.