Skip to content
»
Home > Uncategorized > Yankees at bottom of AL East; Texas & Boston up next

The New York Yankees are coming into week four of the regular season in last place in the AL East. The team did not take advantage of their homestand, only posting a 2-4 record against both the Oakland A’s and the Tampa Bay Rays.The performance in game one of the series against the Oakland A’s was similar between both teams. Starting Pitchers, Michael Pineda and Eric Surkamp, gave up seven hits and two runs in pretty much six innings pitched. Each team needed to rely on their bullpen to hold on for a potential win. The game lasted 11 innings and resulted in a Yankees loss, when A’s first baseman Mark Canha singled into shallow left center, driving in the winning run for Oakland. The score was 3-2.The Yankees simply got outplayed in game two of the series. Starting Pitcher, Nathan Eovaldi gave up three runs on eight hits, while A’s pitcher Kendall Graveman threw 6 ⅓ innings of three hit baseball, giving up just one run. It seemed like the Yankees had a possibility of coming back being down just two runs, but a two run single in the 8th inning by A’s outfielder Khris Davis made the game out of reach for New York. The A’s would win this one by a score of 5-2.Game three of the series was too easy for Oakland. A disappointing performance from Luis Severino as well as the bullpen behind him, led the A’s to their 7th straight win on the road. Every batter in the A’s lineup got on base, with eight out of nine, getting some sort of hit. The Yankees lost 7-3.After getting swept by Oakland, the Yankees had a three game matchup vs. the Tampa Bay Rays. The Yankees would win the first game of the series 6-3. Despite C.C. Sabathia giving up nine hits, the Yankees still won by the likes of Mark Teixeira, Brian McCann and others. During the game, Yankees outfielder, Jacoby Ellsbury stole home off of Rays pitcher Matt Moore. This is the first time a Yankees player has stolen home, without some sort of wild pitch or passed ball since May 2001 when Derek Jeter did it against the Baltimore Orioles. This was the main highlight of the game.For game two of the series, the Tampa Bay Rays would send out 23 year old Starting Pitcher Blake Snell for his major league debut. He was opposed by Yankees ace Masahiro Tanaka. Tanaka would throw for 7 innings giving up 5 hits, 2 runs and acquiring 7 strikeouts. The Yankees won this one 3-2 on a walk off home run from outfielder Brett Gardner. This is the first walk-off from the team this year.The Yankees success was stopped however, when they ended up losing the third and final game of the series. A five run first inning for the Rays off of Michael Pineda was all the team needed in what turned out to be an 8-1 loss for New York.A major reason for this dismal week by the New York Yankees was their starting pitching. Starting Pitchers have allowed 19 runs on 46 hits in 34.2 innings pitched. Besides Masahiro Tanaka, everyone else has been a true disappointment. If the Yankees want to go back to their winning ways, their pitching needs to turn it around. The Yankees have such a good bullpen but it won’t matter if the team doesn’t have a lead by the time the back-end comes in.Batter Of The Week: 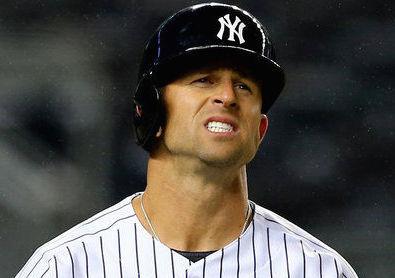 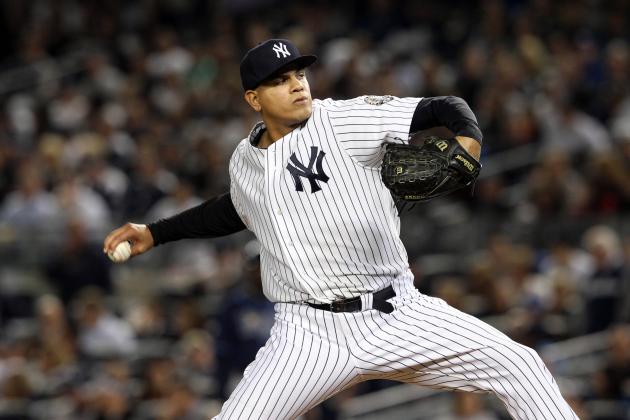