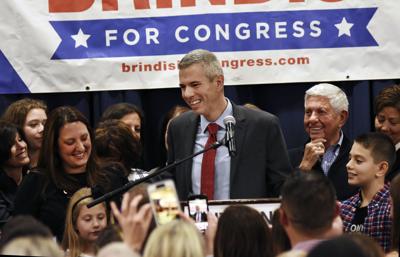 Five of the district’s eight counties have finished counting absentee ballots and Brindisi has increased his lead over Republican U.S. Rep. Claudia Tenney. As of Friday, he holds a 3,098-vote advantage over the GOP incumbent.

While Brindisi gained votes in Democratic strongholds, he also topped Tenney in GOP-friendly areas. In Herkimer County, which Tenney won on election night, Brindisi received more absentee votes, 659 to 579. And despite Tenney being the overall winner in Madison County, Brindisi was supported by more absentee voters, 1,063 to 739.