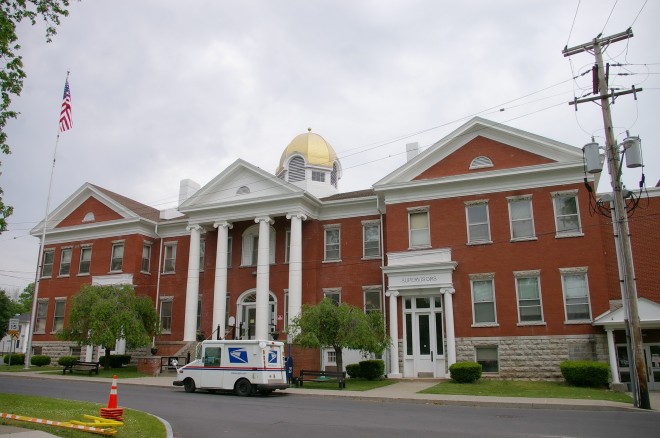 The race for Seneca County Court Judge turned into a two-person race by Election Night, as local attorney David Ettman, the Democrat, and District Attorney Barry Porsch, the Republican were the top vote recipients.

A winner could not be decided either way on Election Night, as just 100 votes separated the two. Both Ettman and Porsch spoke to FingerLakes1.com on Election Night Live 2018 moments after the news broke that it remained too close to call.

“Well I’m going to work tomorrow morning. As you know I’m prosecuting two huge murder cases, I have about a hundred other attending cases,” explained Porsch after claiming a narrow lead Tuesday night when ballots were counted. “We spent the day today picking up yard signs and we’ll do more of that tomorrow too,” Porsch added.

Porsch noted that there were still hundreds of absentee ballots yet to be counted, so knowing definitively about the outcome wasn’t possible. Those votes will be counted next week, at which point a winner will be named in the race for Seneca County Court Judge.

“I gained votes in the Democratic and Republican primaries during those absentee counts, so I’m hopeful that I will gain similarly this time.”

Speaking to the toll that the election process took on him, Porsch said that working 8-10 hours, and then knocking on doors, speaking with voters, and campaigning was a challenge.

It wasn’t always so certain for the challenger, who still could pull off a victor if absentee ballots are counted in his favor.

“I will say this point blank: I was told back in February point blank that we couldn’t beat [Porsch] coming off of his election. We ran our race. I’m proud of how we ran the race. I’m proud that people understood where we stand. We’ve done what we can, and now we wait.”

Listen to the conversations below: