With Nationals runners on first and third base and no outs in the bottom of the sixth inning Monday night, it seemed like the Yankees’ one-run lead would soon be gone. That was until Jonathan Holder entered.

Holder replaced starter Sonny Gray and struck out Mark Reynolds. The Nationals tried to create offense by pinch-hitting Daniel Murphy, but he also struck out. Pedro Severino then popped out, as Holder escaped the frame. 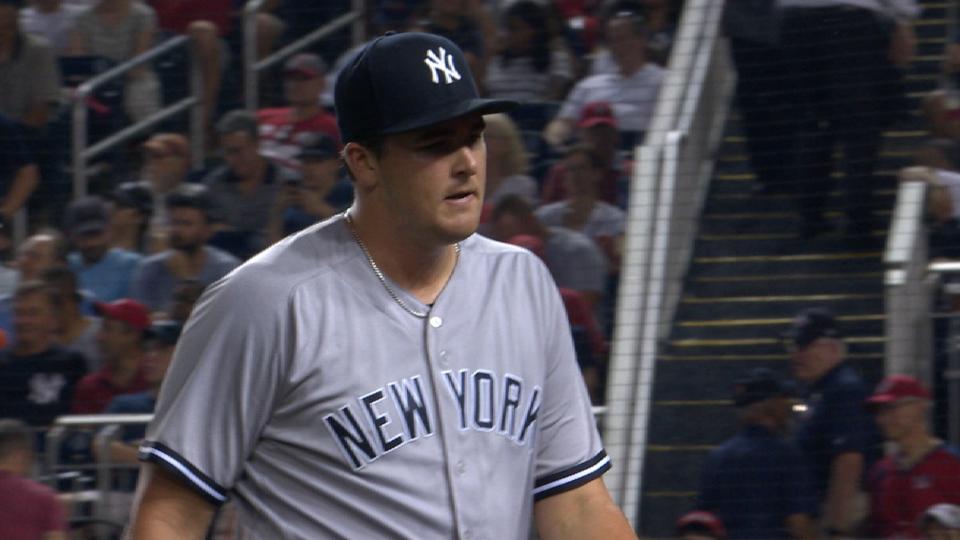 New York’s bullpen stymied Washington’s offense the rest of the game, and the Yankees added an insurance run to defeat the Nationals, 4-2, in a makeup game from May 16 and securing a split of the day after dropping the conclusion of the May 15 suspended game, 5-3.