Purchasing the former BonaDent building — known now as the ‘Health & Senior Services Building’ for $3.2 was controversial.

Since then, Seneca County obtained a Facilities Master Plan for Design & Engineering of the County Office Building — located at 1 DiPronio Dr. — and the new ‘Health & Senior Services’ space. The plan was put together by Passero Associates, who County Manager John Sheppard said at the start of this process — in 2017 was an ideal fit for the work.

It was a multi-phase undertaking, which started by moving Public Health, Environmental Health and Office of the Aging over to the new space. It meant two large spaces on the first floor of the County Office Building being vacated. Those moves paved the way for Mental Health, which is located at a building on Thurber Dr. in need of serious, expensive work — to come over into space formerly occupied by the Office of the Aging.

Controversy has followed this effort from the start, and now, the challenge from a handful of supervisors to prevent the County from spending millions-more has put the second phase of the project on hold. 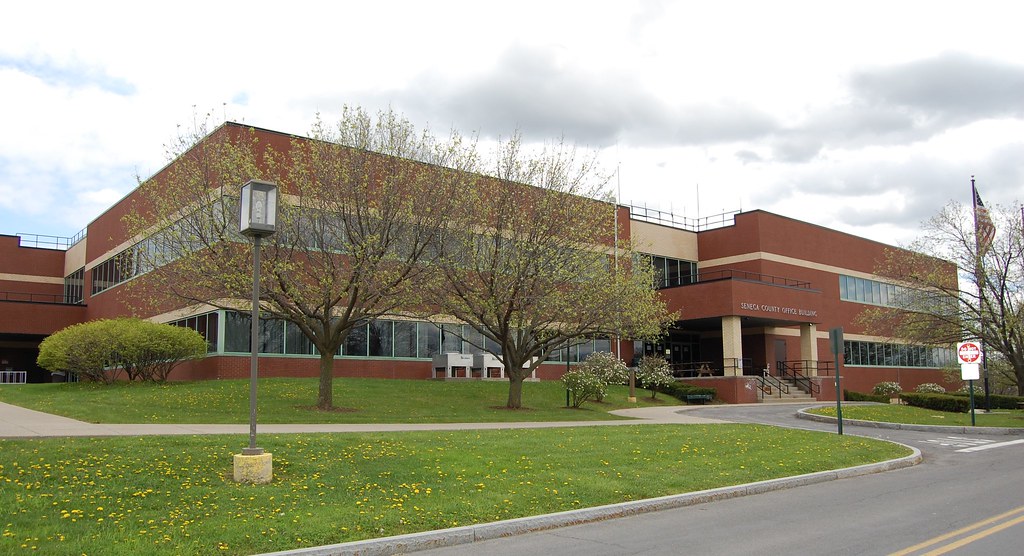 However, those phases known as ‘2A’ and ‘2B’ — go well-beyond renovating and moving the Mental Health Department to its future first floor home. The supervisors who oppose movement on the proposal, and who stopped it from leaving committee on Tuesday — say the County should only act on moving Mental Health — and cautiously evaluate some of the extra undertakings.

Sheppard explained the upcoming phases of the project last week — highlighting the importance of doing the work in a timely, affordable manner. “The next step of the Facilities Master Plan for the Design & Engineering of the vacated space of Office of the Aging, refurbishment of the DMV and County Clerk, repositioning some space of the Board of Elections, and a third floor Emergency Operations Center,” he explained.

At a special Public Works Committee meeting on Tuesday — the supervisors denied a request to take the next step in the process. Supervisor Bob Hayssen (R-Varick) said the cost is too much. “This whole thing will end up costing the County and taxpayers $8 or $9 million when all is said and done,” he explained. “And you want to spend $500,000 in the Board of Supervisors room alone.”

Hayssen was referencing the appearance — among some concerned supervisors — that County Manager Sheppard is overstepping and pushing this despite board interest not being there. The Varick Supervisor also said that Sheppard should have done more to educate the board on what the details were. “There was no presentation — just a one-time explanation about millions of dollars in spending.”

Supervisor Cindy Lorenzetti (D-Fayette) agreed with Hayssen’s sentiment, and said that the whole thing feels like it’s being pushed onto the board. “We should be taking a much more cautious role with this project. We haven’t been given any tours. We haven’t been given any explanations beyond the one-time handout of the outline — and that’s just not good enough for taxpayers,” she said on Friday. “I completely oppose spending millions of dollars on these renovations.”

Accountability to taxpayers was a high-priority for both supervisors who openly opposed the changes. “I take it seriously because I’m a resident and taxpayer. I hear what people say — and we’re the ones — not the County Manager — who have to represent them,” Lorenzetti concluded.

Supervisor Hayssen saw a way forward — despite the grim outlook on the overall proposal. “Let’s get Mental Health done. We can get Mental Health moved over to the first floor of the County Office Building and then look at the rest carefully,” he continued. “Just stick with Mental Health and not get distracted.”

Hayssen also took issue with the spending of del Lago revenues on the building in the first place. “Taxpayers supported del Lago in hopes of a tax break — not a tax increase, and not spending the money on a pie in the sky proposal. I said we should stick with Mental Health — and that’s what [the County] should do.”

Sheppard sees no path forward at the moment. “Unless the Board of Supervisors become receptive to re-engage on the Design & Engineering of the County Office Building’s vacated space, the Mental Health Department will stay in its existing space on Thurber Drive,” he added. “The County will minimally maintain the nearly-18,000 sq-ft of vacant office space in both buildings.

Hayssen said once a project of this nature gets going there is no ‘stopping’ or thinking about it; and stopped is precisely the status this development now.