According to BloodHorse.com industry executives in New York are pressing ahead with an effort to build a turf course at Finger Lakes Racetrack, which has seen racing handle slide over the years amid smaller field sizes and new competition for gambling dollars upstate.

The plan is built into New York Governor Andrew Cuomo’s budget, but a lot of questions remain. 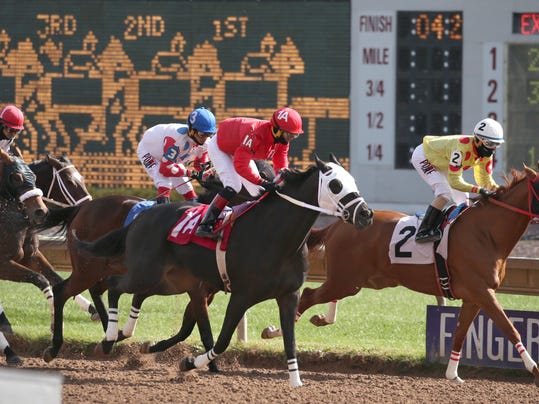 “The breeders have been asking for it for years. This is the closest we’ve ever had it coming closer to reality,” said David Brown, president of the Finger Lakes Horsemen Benevolent and Protective Association.

Altogether, the horsemen’s group pledged $1 million from it’s purses in 2019 to pay part of the construction costs. How much more would it cost to construct? According to those reports, the $1 million paid by the group would account for roughly a quarter of the total construct needs.

According to experts and those stakeholders at the facility, the turf course is a key priority for breeders.

The dirt-only track is becoming less attractive to horse owners and trainers, who take their turf horses to other states if they are unable to compete on New York Racing Association tracks. A turf course at Finger Lakes, horsemen and breeders say, would present a new opportunity for those horses to remain in New York.

Those experts say a turf track would bring larger crowds, and could help rebuild some of the losses incurred in recent years.

Read more on this story from BloodHorse.com