The hearing, which drew over 150 people to Wayne High School’s Performing Arts Center in Ontario Center, comes in the wake of the flooding disaster along the southern shore of Lake Ontario and follows a similar public hearing that Senator O’Mara hosted with Senator Patty Ritchie last month in Oswego County. Senator Helming believes the state has an obligation to examine what caused the historic flooding and, now that the flooding has subsided, discuss how all levels of government can collaborate with one another to prevent a similar catastrophe from happening again.

“As State Senator, I was proud to bring this public hearing to our region and to the people most impacted by the flooding along the southern shore of Lake Ontario. This was nothing more than a man-made disaster that the federally appointed IJC could have prevented. The people responsible for this situation must be held accountable and must answer for their actions. I will continue my aggressive advocacy on behalf of the local homeowners and businesses that bore the brunt of this man-made disaster. More funding will be needed for recovery efforts, and it is critical that we work together at every level of government to ensure that this never happens again. I am thankful for Assembly Majority Leader Joe Morelle’s leadership in helping secure $45 million in funding to help local homeowners, businesses, and governments. I commend Senator O’Mara, Assemblyman Oaks, and my colleagues for their participation in this hearing and unwavering support for local communities along the southern shoreline,” Senator Helming said. 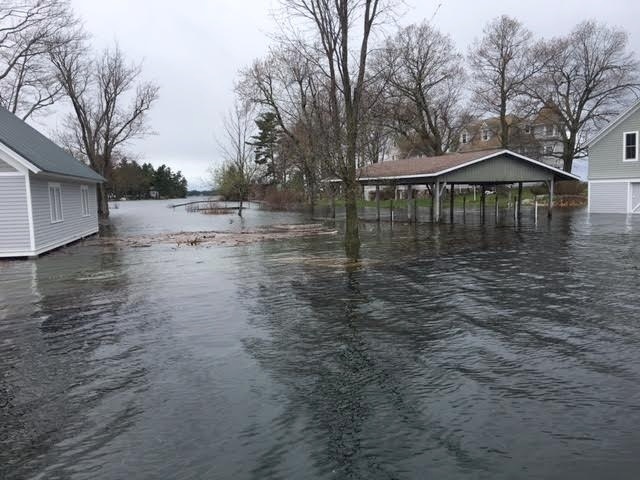 Senator O’Mara said, “I greatly appreciated this opportunity to join Senator Helming, Assemblyman Oaks, and all of our legislative colleagues to hear directly from homeowners, local business owners, representatives of shoreline communities, regulators, and many other stakeholders who have been so severely impacted by this flooding. Their input will remain enormously valuable as we continue to work to move forward on the rebuilding and recovery effort, as well as on better understanding the steps we need to take to try to ensure that this never happens again.”

Assemblyman Oaks said, “The New York State Senate Environmental Conservation Committee hearing on the impact of the flooding from historic high water on Lake Ontario this year provided an important opportunity to question key decision-makers and shareholders ranging from the IJC itself, to local elected officials, to affected homeowners and business owners. It is critical that we use this information and work collaboratively to develop policy that will help protect property owners in the future.”

Senator Helming and her colleagues from both the Senate and Assembly heard from a diverse group of stakeholders to share their expertise and experience with regard to Plan 2014 and its impacts on local communities. They also discussed government programs intended to assist homeowners, local governments, and small businesses recover. Those who testified included representatives from the International Lake Ontario-St. Lawrence River Control Board, the International Joint Commission, New York State Offices of Parks, Recreation and Historic Preservation, Homes and Community Renewal, and Empire State Development, as well as county and local officials, shorelines organizations, local business owners, and property owners.

Senator John DeFrancisco said, “In the wake of an emergency, the state government should work hard to provide relief to its citizens in need. That’s why I was very pleased to participate in this public hearing, which allowed us to hear from a diverse group of individuals on Plan 2014 and how record lake levels have devastated their properties. The hearing also served as a great way for us to discuss how all levels of government can come together to prevent such flooding in the future.”

Senator Joe Robach added, “Homes and small business across my district have had their lives turned upside down by the high water and flooding of Lake Ontario. I stand with those in our communities who live along the lake and will continue to work with state and local officials as we look at any and all ways to deal with this high water and flooding situation moving forward.”

Senator Rich Funke said, “I want to thank Senator O’Mara for coming to the Finger Lakes region and Senator Helming for hosting this hearing to discuss flood relief with local stakeholders and organizations who were affected by the flooding this spring. I’m proud of the work that the Senate has done already and look forward to continuing to work with my colleagues to best address the issues brought forth today.”

Senator Helming has been at the forefront of the Lake Ontario flooding starting as far back as early spring when the flooding first began. Earlier this year, Senator Helming championed legislation in the Senate to provide a total of $45 million in relief to communities impacted by the historic Lake Ontario and St. Lawrence River flooding. The legislation expands eligibility and funding for programs previously announced by Governor Cuomo and will provide vital assistance to homeowners, small businesses, farms, not-for-profit organizations, homeowner associations, owners of multiple dwellings, and local governments that have suffered direct physical damage as a result of the flooding.