Never in baseball history has a first-year player hit more home runs than Aaron Judge, who now stands alone among the best rookie home run hitters of all time after New York’s 11-3 win over the Royals at Yankee Stadium on Monday.

Judge hit two home runs to set the new single-season rookie record of 50, breaking the previous mark set by Mark McGwire in 1987. Judge lined a two-run shot the opposite way off Royals starter Jakob Junis in the third, and skied a solo shot to left-center off Trevor Cahill in the seventh. Gary Sanchez followed the seventh-inning blast with a solo shot of his own, while Greg Bird connected on a two-run homer an inning before. All of that power backed starter CC Sabathia, who tossed his second straight strong start in anticipation of the postseason. 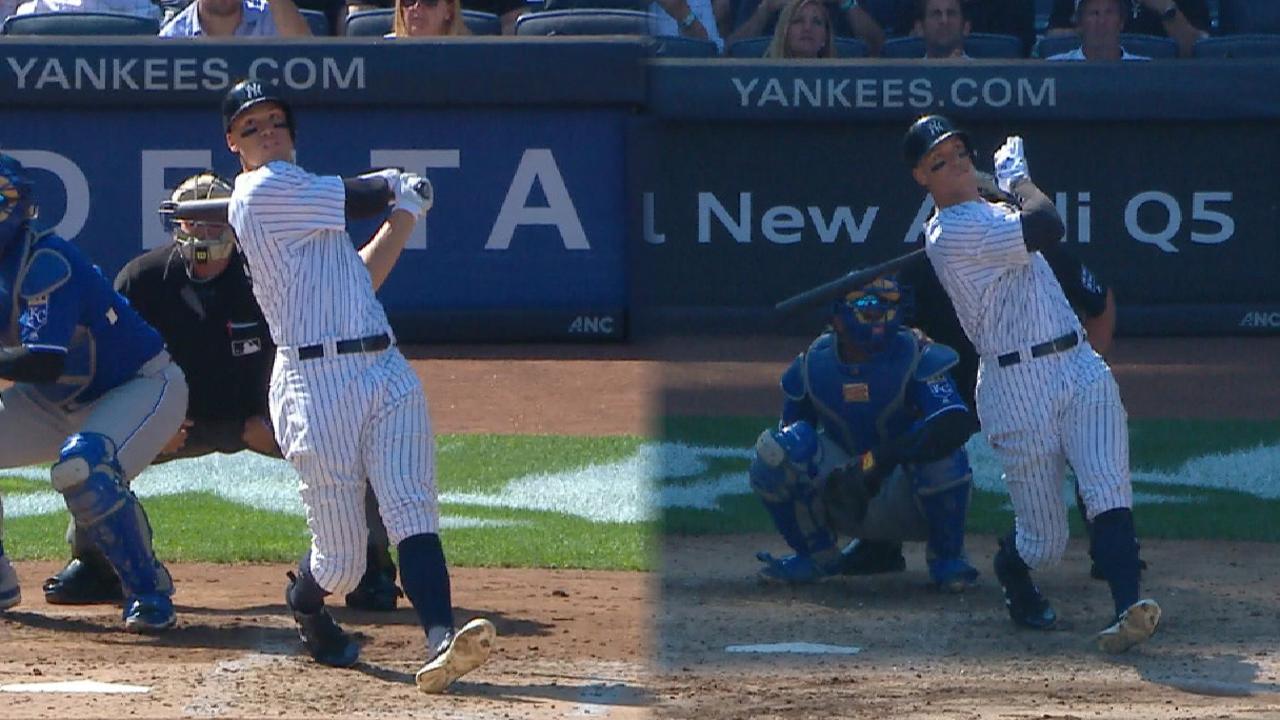