For most of Wednesday night, the Mets and Phillies seemed to be battling the elements as much as they were battling each other. Various amounts of rain fell at Citi Field throughout the Mets’ 6-3 win over the Phillies, finally forcing an end to the proceedings in the middle of the sixth.

By that point, the Mets had taken a lead thanks to Travis d’Arnaud’s two-run homer and an onslaught of extra-base hits against Phillies starter Nick Pivetta, who gave up six runs in five innings. Pivetta allowed the leadoff man to reach base and score in each of the first three innings. 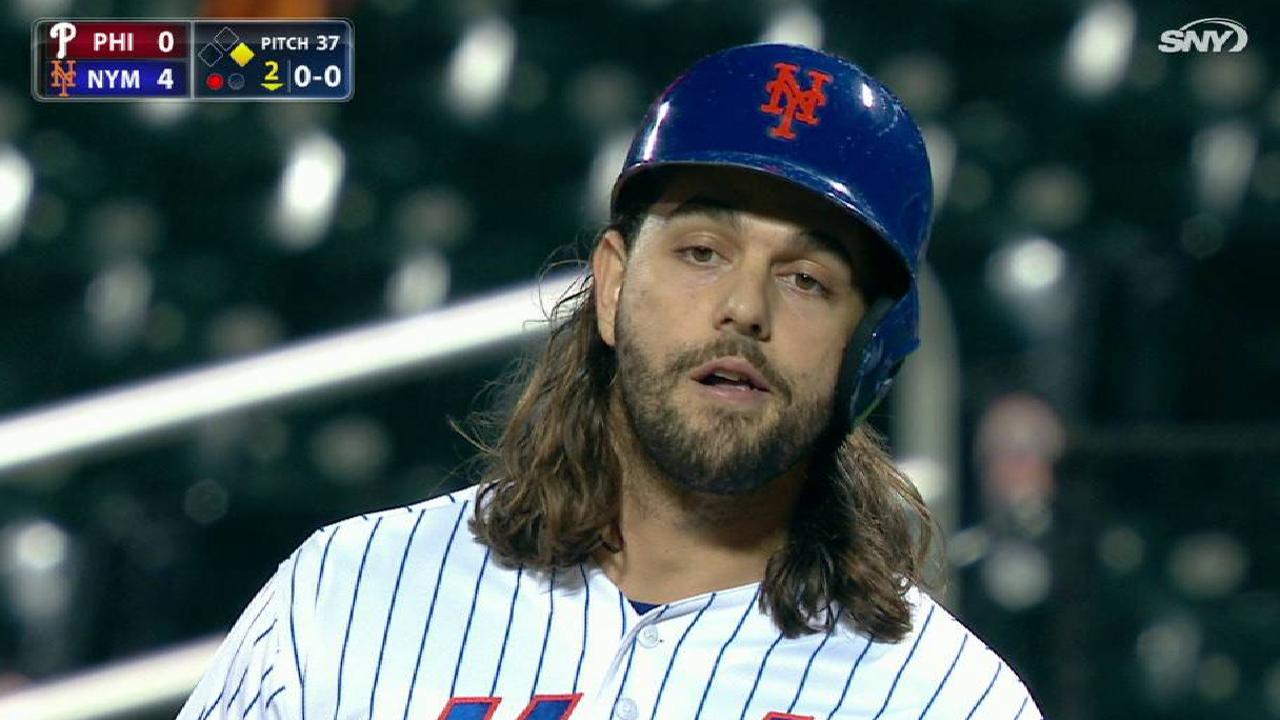