Masahiro Tanaka doffed his cap as he walked off the mound to a standing ovation in the eighth inning, a well-deserved reward after helping his Yankees keep their division dreams alive with a 5-1 victory on Saturday afternoon at Yankee Stadium.

Tanaka limited Boston to a run and five hits over seven-plus innings to win his third consecutive start and Matt Holliday cracked a three-run homer in his return from the disabled list, trimming Boston’s lead in the American League East back to 4 1/2 games. Chase Headley also homered in support of Tanaka, who is 4-1 with a 2.08 ERA in his last six starts.

“I think it’s huge,” Tanaka said through an interpreter. “I think it was a collective effort. As a team, I think we did a great job of coming through this important game.”
The AL Wild Card leaders handed Drew Pomeranz his first loss in nearly three months, defeating Boston for the 10th time in 18 tries. Pomeranz permitted four runs and eight hits over 5 1/3 innings, having gone 8-0 with a 2.31 ERA since taking his last defeat on June 11, a span of 14 starts. 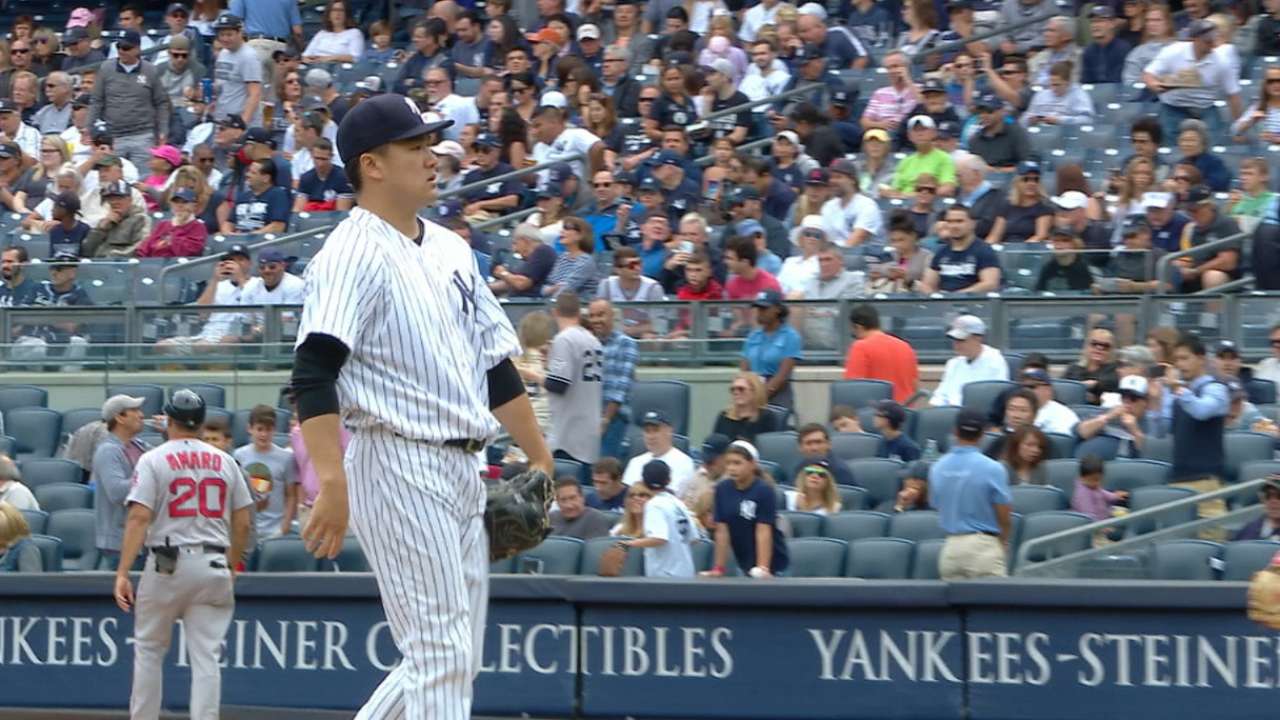