Yankees manager Joe Girardi wasn’t around to watch the end of Sunday’s 10-1 win over the Mariners after getting ejected in the third inning. But his Seattle counterpart, Scott Servais, might have wished he’d taken an early dismissal as well after watching the Mariners commit five errors in the first inning of the series finale in the Bronx.

Three errors on shortstop Jean Segura and one each by left fielder Ben Gamel and third baseman Kyle Seager added up to a six-run first for the Yankees, with only one of the runs earned against Seattle starter Andrew Albers.

“Certainly you can’t make that many mistakes and give a team that many extra outs,” Servais said. “That was a lot of unforced errors. Defensively, obviously we weren’t ready to get after it there in that first inning. But I credit Albers hanging in there. Andrew kept throwing strikes. We just did nothing to help him out get through that first. You make five errors against a quality club, there’s no way to overcome that. ” 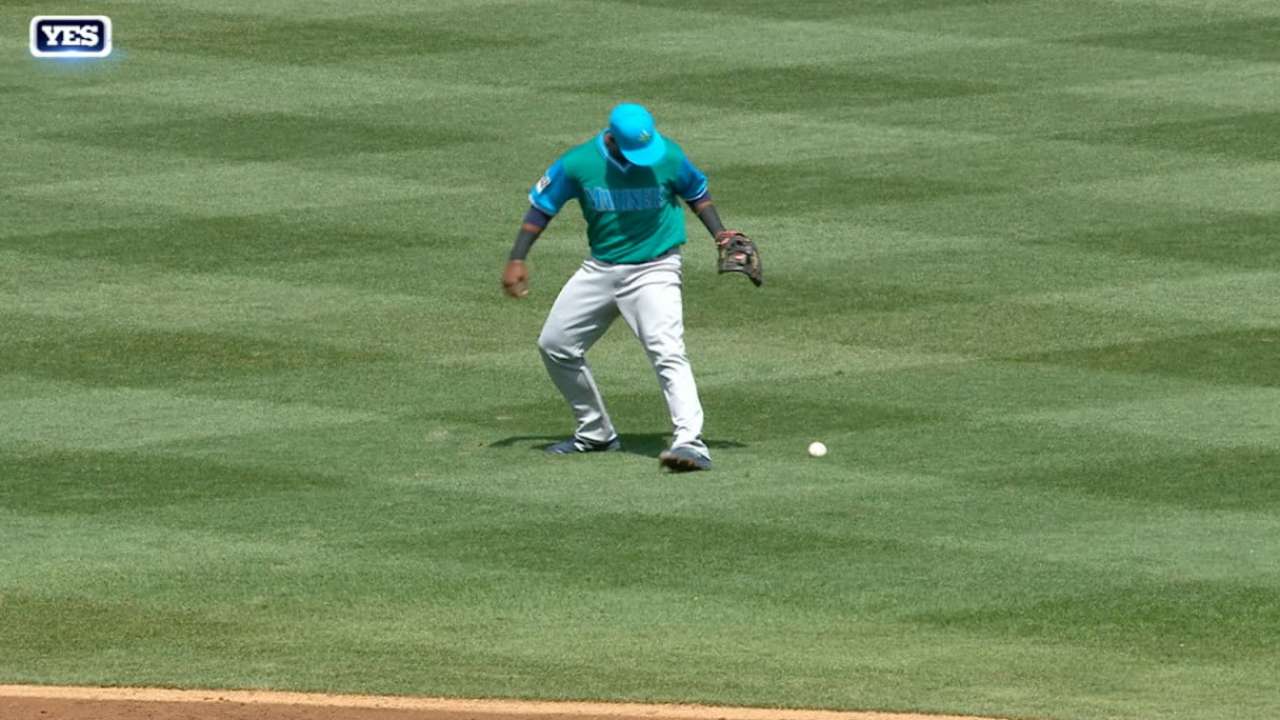