In the 1980s, Coach Richard “Dick” MacPherson breathed new life into the Syracuse University football program. He confidently built teams that competed in several bowl games (including the 1987 Sugar Bowl), posted an undefeated regular season, and notched stunning victories against top-ranked teams such as No. 1 ranked Nebraska and West Virginia. Much of that magic happened in the University’s storied Carrier Dome. 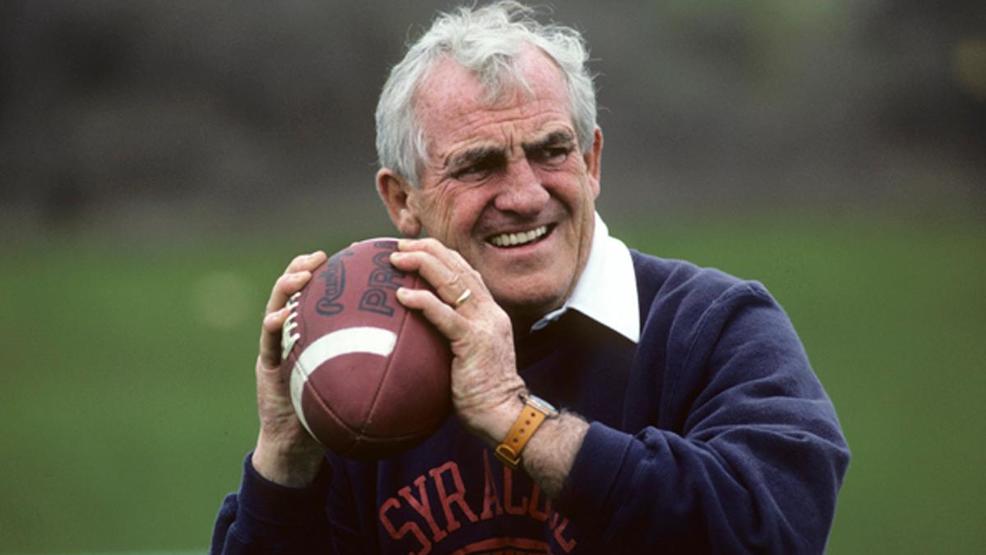 MacPherson died on Aug. 8 at the age of 86. On Friday afternoon, his family, the Syracuse University community and the public gathered in Hendricks Chapel—in sight of the Carrier Dome—to pay tribute to “Coach Mac,” an exceptional man who found his greatest purpose in his faith, his family, and football.

The chapel was adorned with arrangements of white and orange flowers surrounding a selection of photos that chronicled Coach Mac’s extraordinary life. Read More