It was Amed Rosario’s first, and he made it count. On the day Mets No. 2 prospect Dominic Smith debuted, it was Rosario, their No. 1 prospect according to MLBPipeline.com, who stole the show. Just minutes after the Phillies climbed back to tie the game in the eighth, Rosario smacked his first career big league homer, a go-ahead shot in the ninth, to propel the Mets to a 7-6 win on Friday night at Citizens Bank Park.

“I’ve been seeing that stuff all year,” Smith said of Rosario. “I’m finally glad that he can show everybody that stuff, playing on TV every day. I’m just extremely happy for him. He worked extremely hard to get to this point, and you all can see that.” 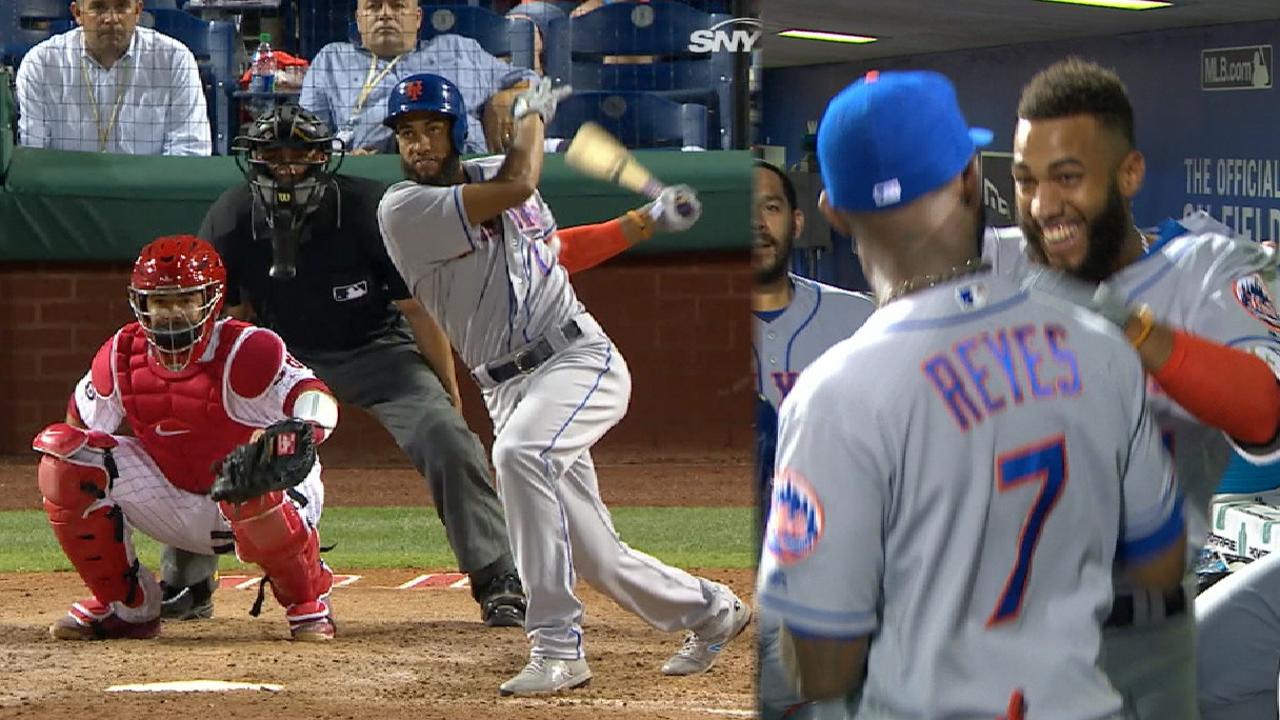