Todd Frazier has opted to be referred to as “The Toddfather” during the upcoming Players Weekend, but on Wednesday night, he was simply the man who homered and drove in three runs to help power the Yankees to an 11-5 victory over the Blue Jays at Rogers Centre.

Gary Sanchez (“Kraken”) and Didi Gregorius (“Sir Didi”) also homered for the Yankees, who pounded out 17 hits, one shy of their season high. 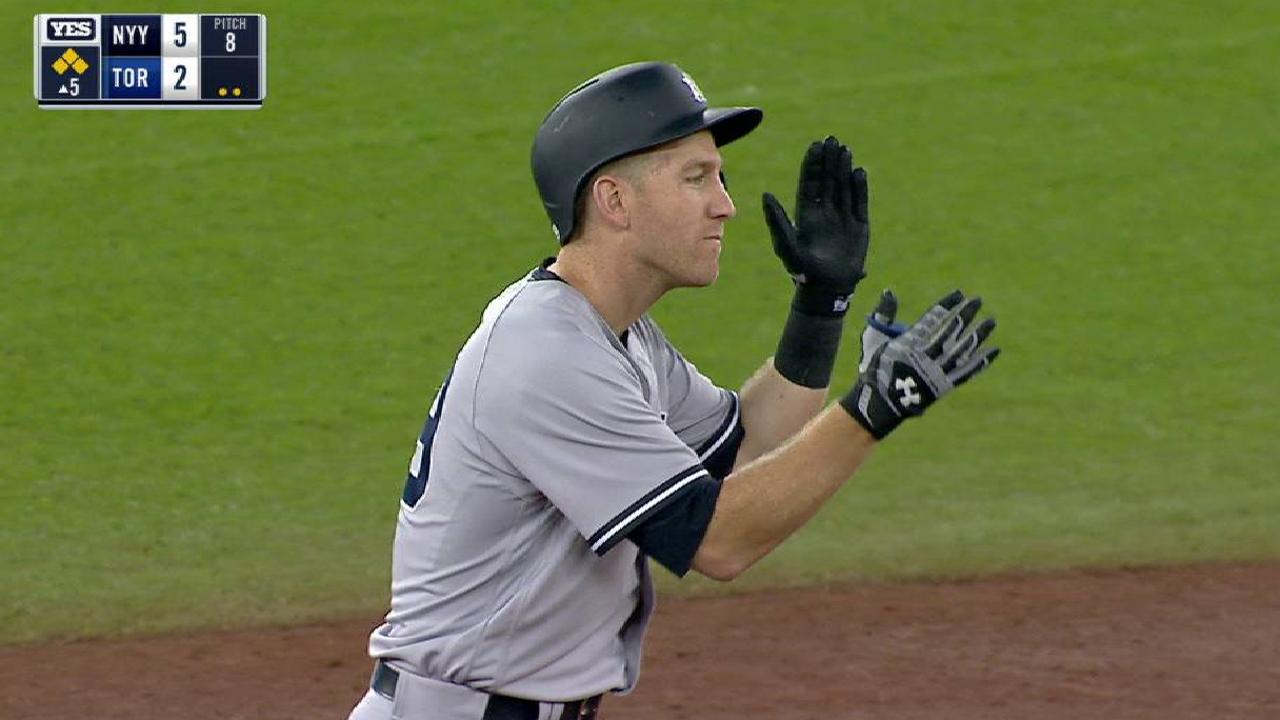