The Foundry Action Committee, a group of Geneva residents concerned about and living in the old- foundry zone, organized a press conference in response to the Department of Environmental Conservation’s (DEC) confirmation that there was no confidentiality clause preventing Geneva city officials from informing residents of the soil contamination in the Foundry Zone.

Recently, the former director of public works and foundry project manager, Gordon Eddington, made claim that he was contractually obligated to remain silent about the contamination.

The Department of Environmental Conservation has confirmed that there was no confidentiality clause preventing the project manager or any other city official from informing residents about the contamination. 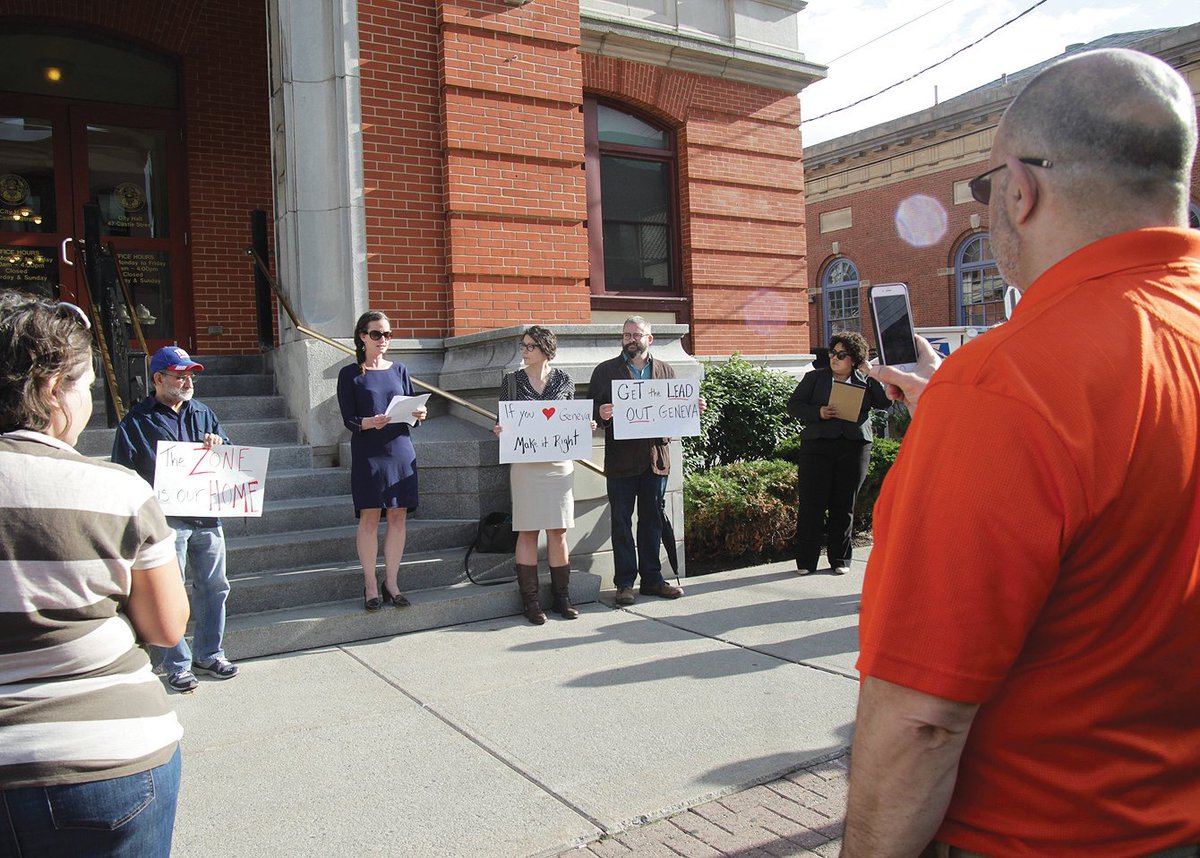 The DEC has also confirmed that no Geneva City official ever contacted them asking for permission to inform Geneva city residents about the contamination present in more than a 100 residential homes and apartment buildings.

Via email, a DEC official confirmed that, “the only restriction on the city’s release of information relates to the protection of personal, proprietary or confidential business, or financial data of persons or other companies.”

Attorney Natalie Knott stated, “The city was always free— and indeed was encouraged— by the DEC to notify residents of the contamination. At every turn the city chose to hide this information. The city has the burden of proof in this matter and they have provided zero proof that they were in any way prohibited from demonstrating basic respect to the city’s residents.”

Currently, Geneva city officials are “retroactively offering an explanation of their silence that is not supported by the facts,” said Foundry Action Committee member, Hannah Dickinson.

She added that an independent investigation is necessary at this point.

FingerLakes1.com has reached out to the City of Geneva for comment and will update this story with the latest when they provide it.