A private institution with deep business and family roots in the area announced a major new initiative that will promote the Finger Lakes region as a great place for business enterprise.

Citing the Finger Lakes region’s outstanding natural beauty and livability, record numbers of tourists and wine and craft beverage enthusiasts, and growing national and international attention, the Stardust Entrepreneurial Center believes this is the ideal time to launch a promotional and collaborative effort to enhance business and career opportunities for present and future generations of the Finger Lakes region. 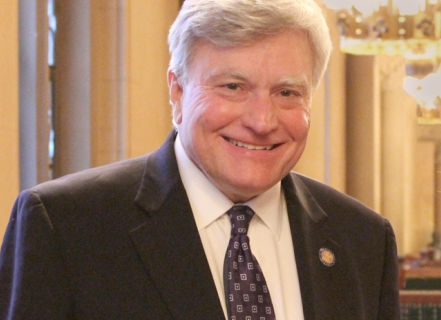 “As the Finger Lakes tourism brand is growing, the time is ripe to further identify our region as the place to recruit new business ventures, as well as highlight our robust environment for innovation, business opportunity and entrepreneurship. The Finger Lakes region is not only a great place to visit, but a perfect location to create new business and career opportunities, live, work and raise your family” said Jack Bisgrove, co-founder of the Stardust Entrepreneurial Center.

The Stardust Finger Lakes Initiative is designed to assist the established economic development efforts throughout the Finger Lakes region by focusing targeted attention upon the region as a place to conduct business, as well as a great place to start a business and grow a business.

The Stardust Initiative seeks partnership and collaboration with all of the Finger Lakes county and city IDAs, Chambers of Commerce, Workforce Development Boards, tourism boards, both four year and community colleges in the region, Finger Lakes BOCES and Cayuga BOCES, Cornell University, the Farm Bureau, wine trails and all other business, labor, agricultural, tourism and job producing organizations.

“Many individuals and organizations are working very hard and doing great things to enhance the Finger Lakes business climate. Our initiative does not seek to reinvent the wheel, but rather we want our efforts to help make the wheel turn faster to move the Finger Lakes economy forward”, continued Jack Bisgrove. “We want this Initiative to enhance collaboration and develop partnerships that will maximize the assets of our great region”.

Choosing Nozzolio for this leadership role was billed as an easy choice for those tasked with the decision.

Nozzolio was elected to represent the Finger Lakes for over 34 years in the New York State Legislature, serving 10 years in the Assembly and 24 years in the State Senate. Prior to that service, he worked as a counsel for the House of Representatives in Washington D.C.

While serving in the Senate, he was instrumental in leading many projects, including the creation of the Finger Lakes Institute, the Institute for Food Safety at Cornell, as well as the retention and recruitment of a number of important job producing businesses in the Finger Lakes region. He is a partner in the Harris Beach law firm.

“Known to many as the “Senator of the Finger Lakes”, Mike Nozzolio has the background, experience, respect, ability to encourage collaboration, and the proven track record to lead this effort,” continued Jack Bisgrove. “He is the right person at the right time to bring people together and focus attention on the region he knows, loves and has always called home.”

“Our region has great job producing potential, but also faces significant challenges. It is my strong belief the Finger Lakes region can economically benefit from focused and targeted attention, and the Stardust Institute is to be commended for providing this essential branding of the Finger Lakes as an excellent place to grow business enterprise. This initiative will engage in extensive collaboration with all the Finger Lakes region’s numerous stakeholders who either contribute to or have the potential to assist in the targeted promotion of job development efforts for our region. The key is to provide assistance to their work by promoting our region’s significant assets,” said former State Senator Mike Nozzolio.

“The Stardust Finger Lakes Initiative’s goal is to collaborate with, supplement and add to existing resources. This is not an attempt to replace existing programs or organizations. This is an effort to coordinate, maximize and assist, not replicate or replace,” explained former Senator Nozzolio.

The initiative is planning to sponsor a number of events, projects and programs relating to job creation in the Finger Lakes region. Additionally, the initiative anticipates creating internships that will provide practical hands-on business experiences for students attending established business and entrepreneurship programs at area colleges and universities.

The Stardust Entrepreneurial Center was co-founded by brothers Jack and Jerry Bisgrove, both originally from Auburn, New York, as a tribute to the region which gave birth to the Red Star Express Lines trucking company. The company began in 1932 as a family business in Auburn. Red Star’s founder, John Bisognano, later known as John Bisgrove, started the business by hauling sawdust in a horse and wagon to local meat markets.

In time, he established Red Star Express Lines, a fleet of trucks serving businesses throughout the Finger Lakes region and the New York City market. The business grew from its humble beginnings into a large multi-state trucking company, employing over 3,000 people and hauling freight all across the Northeastern United States and the Canadian Provinces of Ontario and Quebec.