They lined up outside Rogers Centre by the thousands early on Sunday afternoon, hoping to collect one of the Josh Donaldson bobbleheads being handed out. The man of the hour sent the paying crowd and their tchotchkes home in style, launching a go-ahead home run in the eighth inning that lifted the Blue Jays to a 3-2 victory over the Yankees.

“I think we needed it,” said Toronto manager John Gibbons, after earning the series split. “I think it would have been a kick in the teeth had we not won that one. You lose three out of four at home, that’s never good — primarily because of where we’re sitting right now.” 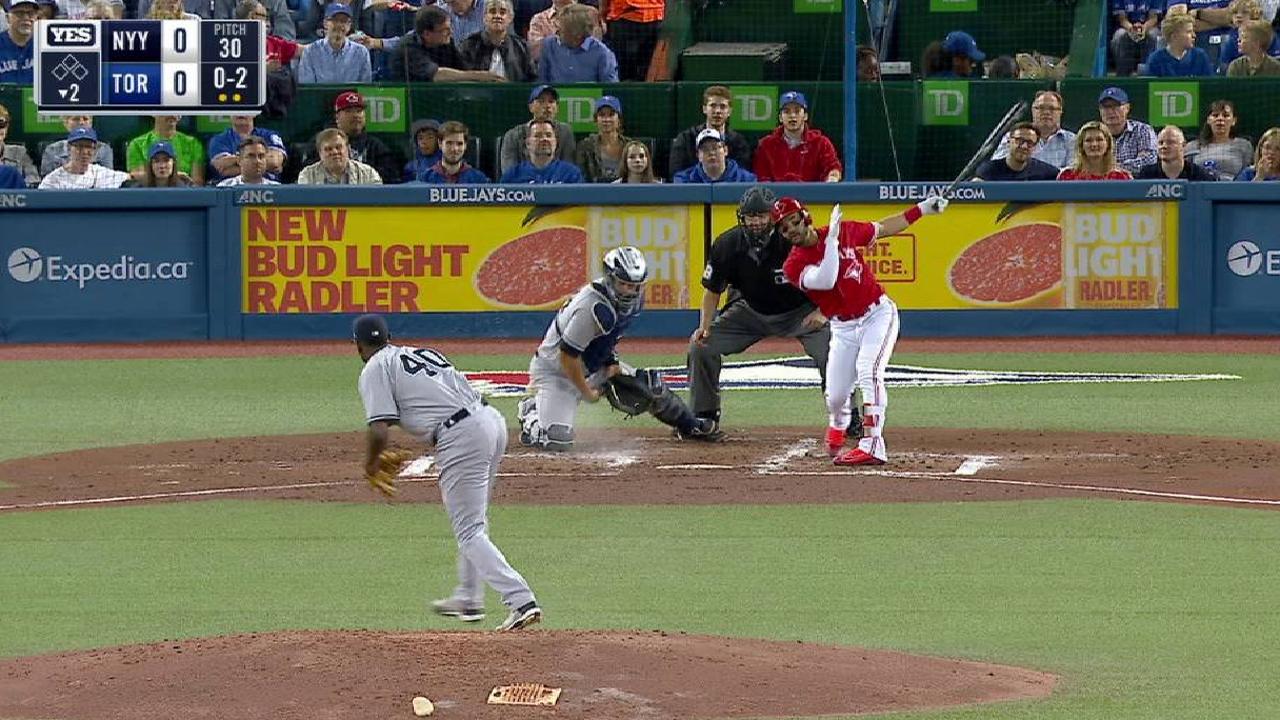