A surprise nomination for one of baseball’s best offenses so far this season, the Brewers continued chugging along Wednesday despite the presence of one of the National League’s top pitchers. Eric Thames homered to spark a seven-run attack against Jacob deGrom, leading Milwaukee to a 7-1 win over the Mets at Citi Field.

Homering for the first time in 16 games, Thames reached base in each of his three plate appearances against deGrom, tallying a pair of extra-base hits. Teammate Eric Sogard created even more traffic on the bases, walking three times and singling once in his first four trips to the plate. Keon Broxton added a solo homer in the third, his sixth home run of the season. 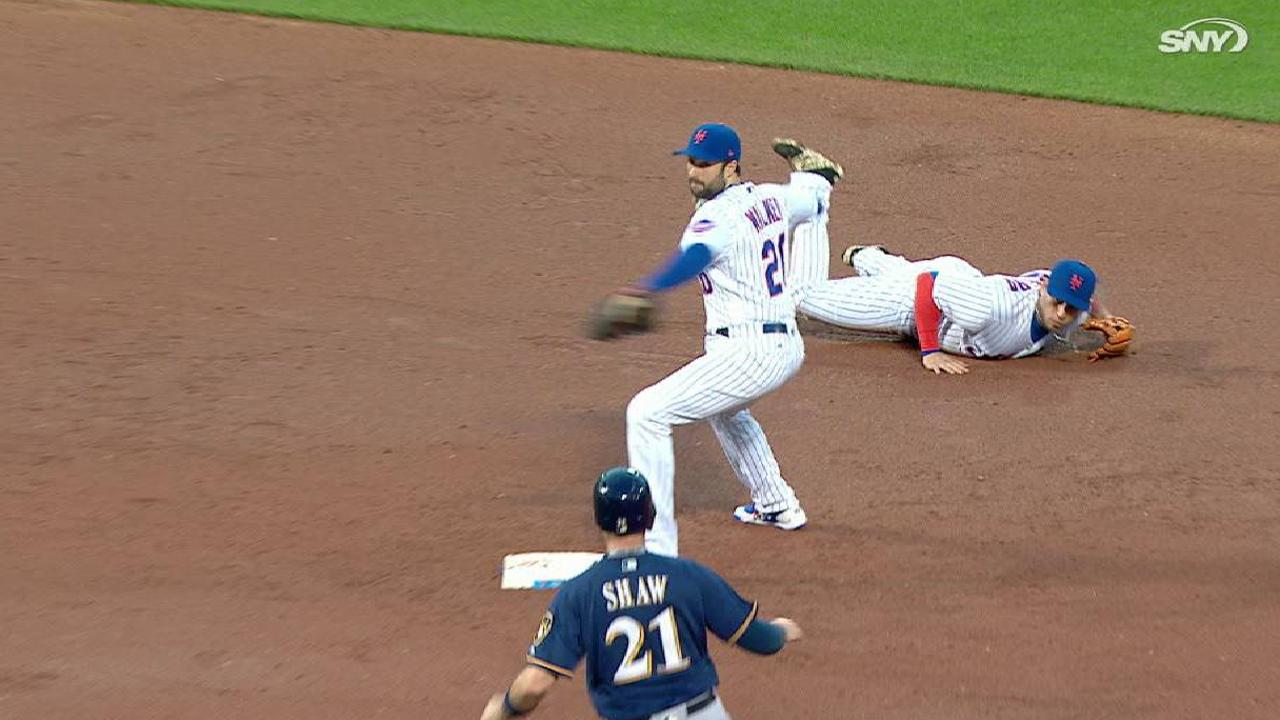