The Orioles’ struggling bats broke out in a big way Wednesday as Chris Davis and Adam Jones homered, leading Baltimore to a 10-4 victory over the Yankees.

The win, Baltimore’s fifth in its last 19 games, dropped first-place New York to 13-12 on the road this season. Jones hit a two-run homer off Yankees starter Masahiro Tanaka and drove in five runs, while Davis clubbed a two-run homer as part of a three-RBI evening. The Yankees have not won a series at Camden Yards since September 2013. 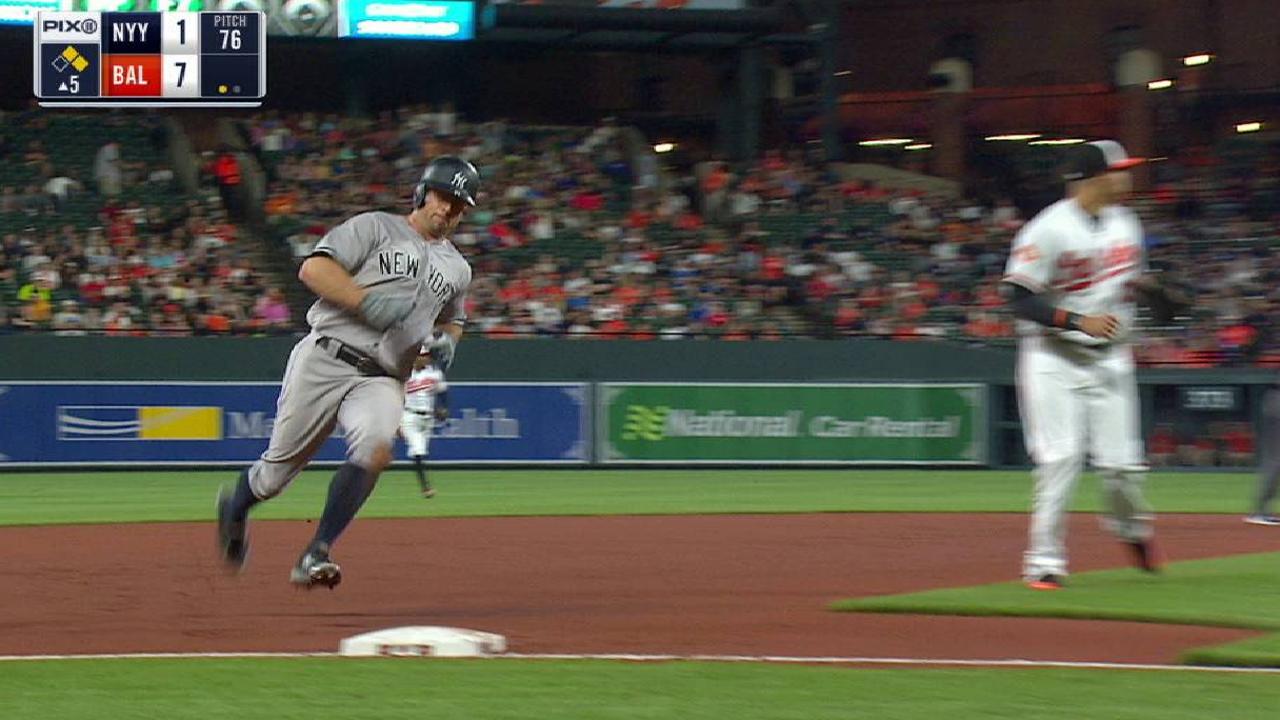