A cast of 4 men & 4 women has been chosen to retell the stories of Anton Chekhov in Neil Simon’s hilarious play The Good Doctor. Seneca Community Players has announced that the cast for the staged play reading, also known as Readers Theatre, to be directed by SCP Director, Eric J, Jansen will include: Chris Boulter of Seneca Falls, John King of Waterloo, Joanne Saracino of Phelps, Maria Coleman of Auburn, Dawn Jansen of Clifton Springs, Pam Bryan of Waterloo, Peter Saracino of Phelps and Jim Porto of Seneca Falls. The Good Doctor will have two performances at SCP’s downtown rehearsal space in the Partridge Building at 115 Fall Street (Lower level), Seneca Falls on Saturday, June 3, at 7:30, and Sunday, June 4, at 2:30. The doors will open 30 minutes prior to the curtain, and the performances are free, with donations accepted. An intermission featuring concessions provided by Bee’s Cookies & Cakes will be available.

The Good Doctor, is Neil Simon’s heartwarming and hilarious tribute to Anton Chekhov. Simon, the popular Tony Award and Pulitzer Prize-winning playwright, expertly weaves a variety of Chekhov short stories into laugh-out-loud evening of infectious humor, touching tenderness and unending fun. The show is set in Russia and Simon transformed the short stories into comedies. He wrote this show after his first wife, Joan died suddenly. One of the scenes in the show is very touching and is called “Too Late for Happiness” with Joanne Saracino and Chris Boulter capturing the pathos Simon felt at this point in his life. The title of the play refers to Chekhov who was a doctor in real life. The characters of the stories include a writer, a blustering general, a lady of the night, a wild woman with a nervous disorder, a man who earns money by drowning, a novice dentist, and an overeager actress. The Good Doctor opened in Broadway’s Eugene O’Neil Theater in November 1973 with Christopher Plummer heading the cast and ran for 208 performances. The show has 12 scenes and 8 performers. 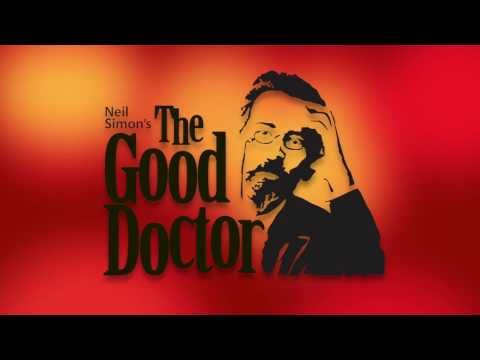 Performed as a “Staged Reading” the play relies on the voices of the cast to tell the various stories and create the pictures in the minds of the audience. Director Eric Jansen has assembled a talented cast of veteran actors to take on this, perhaps most challenging form of theatre. Rooted in ancient times, oral storytelling is an intimate tradition between the storyteller and their audience. So, it is that the cast with only the power and skill of their voices takes the humor and wit of 19th Century Author Anton Chekhov and sprinkles it with Neil Simon’s laughter and sarcasm in order to serve up a wonderful night of theatre.