Didi Gregorius hit a go-ahead homer, Brett Gardner continued his power surge and the Yankees got the benefit of a close call at first base to edge the Royals, 4-2, on Monday at Yankee Stadium.

Gregorius and Gardner went deep off Kansas City left-hander Jason Vargas, who lost to New York for the second time in a week. Gardner put the Yanks on the board with his ninth homer in 21 games, a solo shot in the third, and Gregorius slugged a two-run shot in the fourth inning. 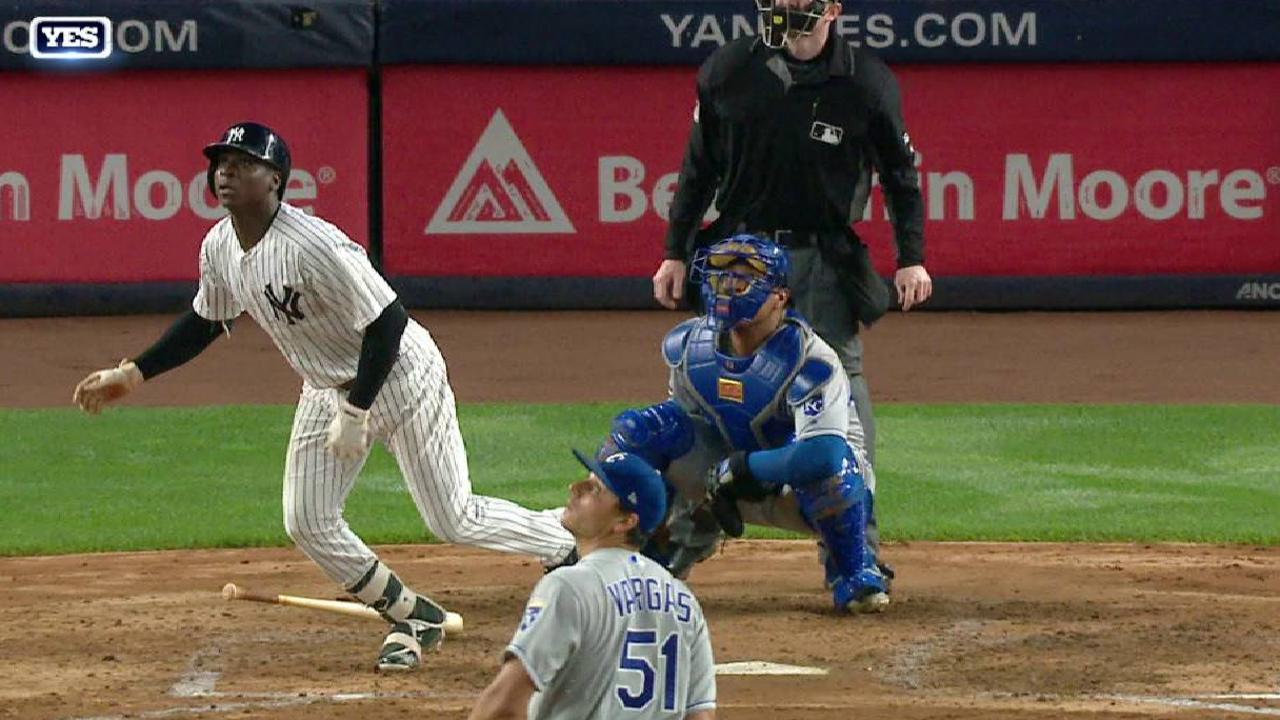