Dallas Keuchel returned to the scene of one of his most memorable performances to continue his mastery of the Yankees, permitting just an unearned run over six innings in the Astros’ 3-2 victory on Thursday night at Yankee Stadium.

Gary Sanchez hit a two-out RBI single in the ninth inning to cut the deficit to one, but Jacoby Ellsbury was thrown out at home on the play by Astros left fielder Jake Marisnick, who was a late defensive replacement. 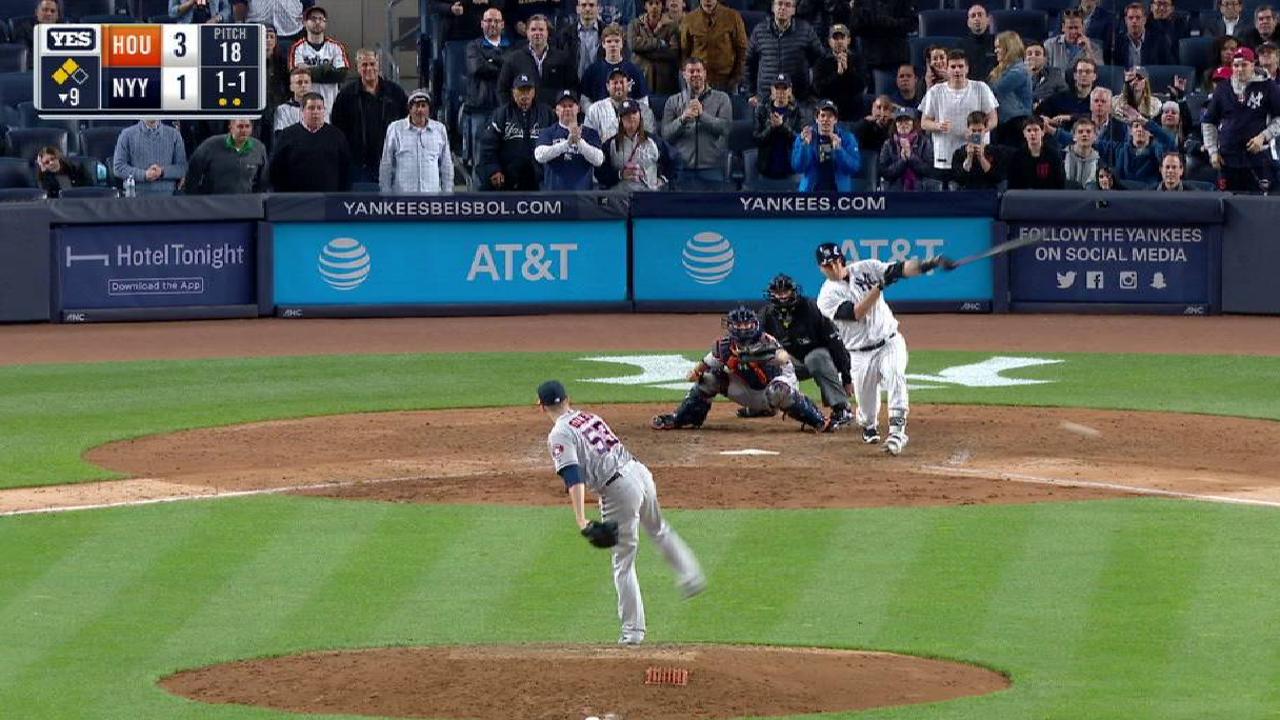