The Yankees hit two impressive home runs in the first two innings on Tuesday, but those solo shots proved insufficient against a singles-filled Reds rally. Cincinnati scored five runs in the bottom of the second inning for a 5-3 victory that provided a split in the two-game series and ended New York’s six-game win streak. 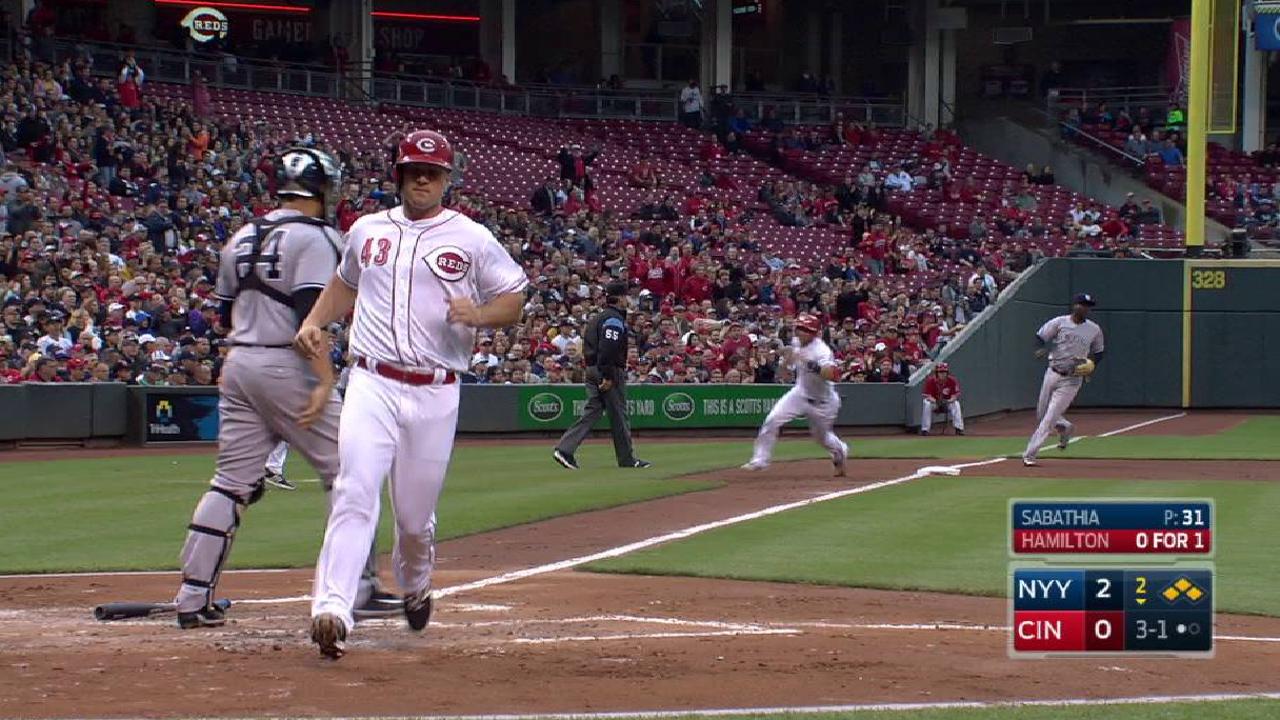