Starlin Castro looked right at home at Wrigley Field on Saturday night, smacking an RBI double in a five-run first inning and adding a two-run homer in the fourth, and Aaron Hicks had four hits, including a three-run homer, to power the Yankees to an 11-6 Interleague victory over the Cubs.

Castro, who played for the Cubs from 2010 until he was dealt to the Yankees in December 2015, was welcomed back on Friday with a video tribute and his walk-up music. He didn’t need to hear his song on Saturday. The American League batting leader notched his fifth straight multihit game and launched his sixth homer of the season against Felix Pena. Castro is now batting .381. 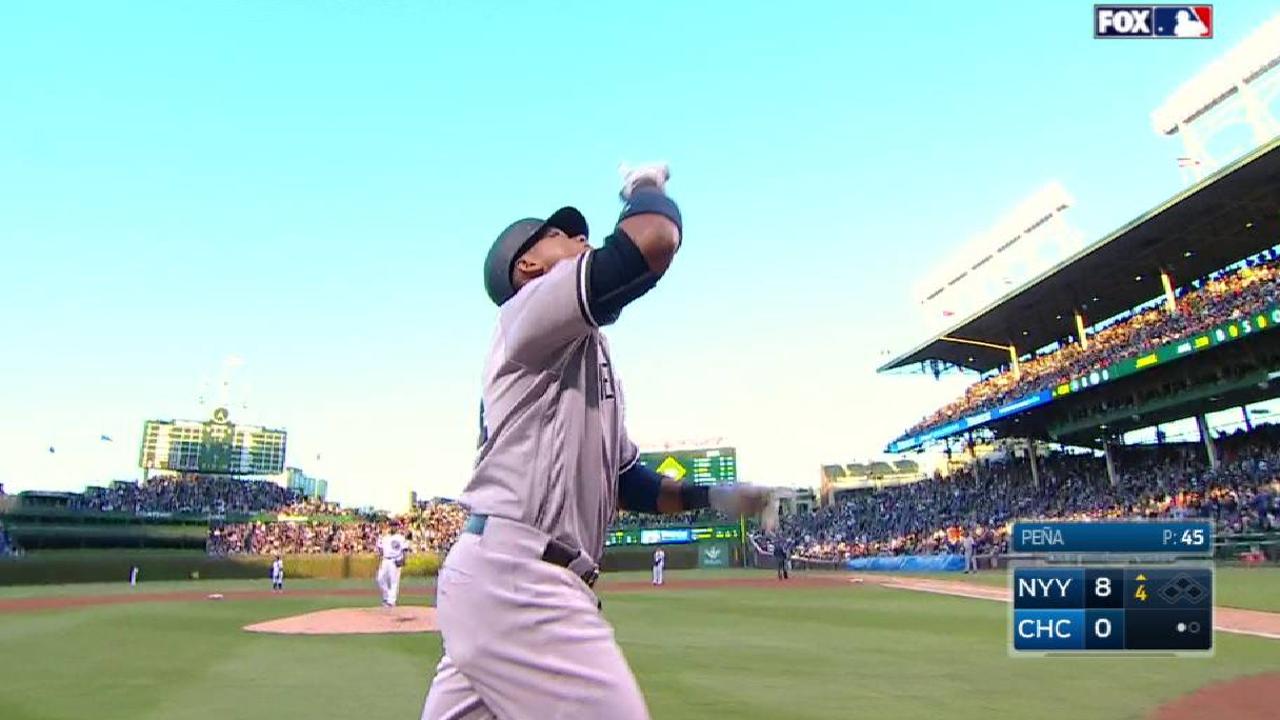