The Cornell and Syracuse men’s lacrosse teams will meet for the 104th time on Tuesday evening in a rivalry that ranks as the third most contested in the history of collegiate men’s lacrosse, behind only Cornell/Hobart (138 meetings) and Hopkins/Maryland (114 meetings).

The Cornell and Syracuse rivalry began in 1920 with a 5-3 victory for the Orange. Since that time, there have been only four seasons (1944, 1945, 1977, 1978) that the two squads have not faced each other. Syracuse holds the edge in the series, 64-38-1, with Cornell snapping the Orange’s three-game winning streak with an overtime victory last season. 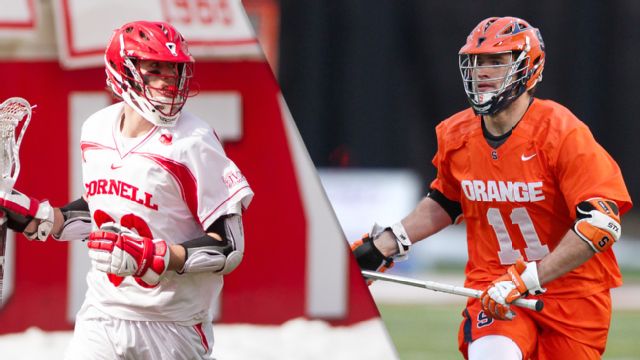