The Tompkins County Sheriff’s Office has identified the victims killed in the crash that happened on Tuesday in Ulysses.

Conor P. Greenwood, 25, of Ithaca was a passenger in Fuller’s vehicle. Both Fuller and Greenwood were pronounced dead at the scene. The operator of the second vehicle who was alone sustained non life threatening injuries and was transported to a local medical center for treatment.

The investigation into the cause of the motor vehicle crash is continuing by the Tompkins County Sheriff’s Office. 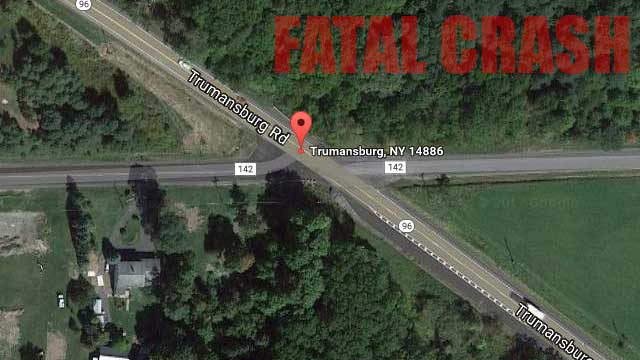 On January 24th at about 6:18 pm, the Tompkins County Sheriff’s Office responded to Trumansburg Road near Perry City Road in the Town of Ulysses for a two vehicle personal injury crash.

Upon arrival, deputies observed a Chrysler PT Cruiser and a Chevrolet Traverse that had collided in the North Bound lane. Both occupants of the Chrysler were pronounced dead at the scene.

The operator of the Chevrolet was transported to a nearby trauma center with unspecified injuries. Deputies determined that the Chrysler was traveling south on Trumansburg Road and traveled into the opposing lane and striking the Chevrolet that was traveling north.

The cause of the crash has not yet been determined. The identities of the victims will not be released at this time pending notification of family members.

FingerLakes1.com will continue to update this story with more information as it becomes available.