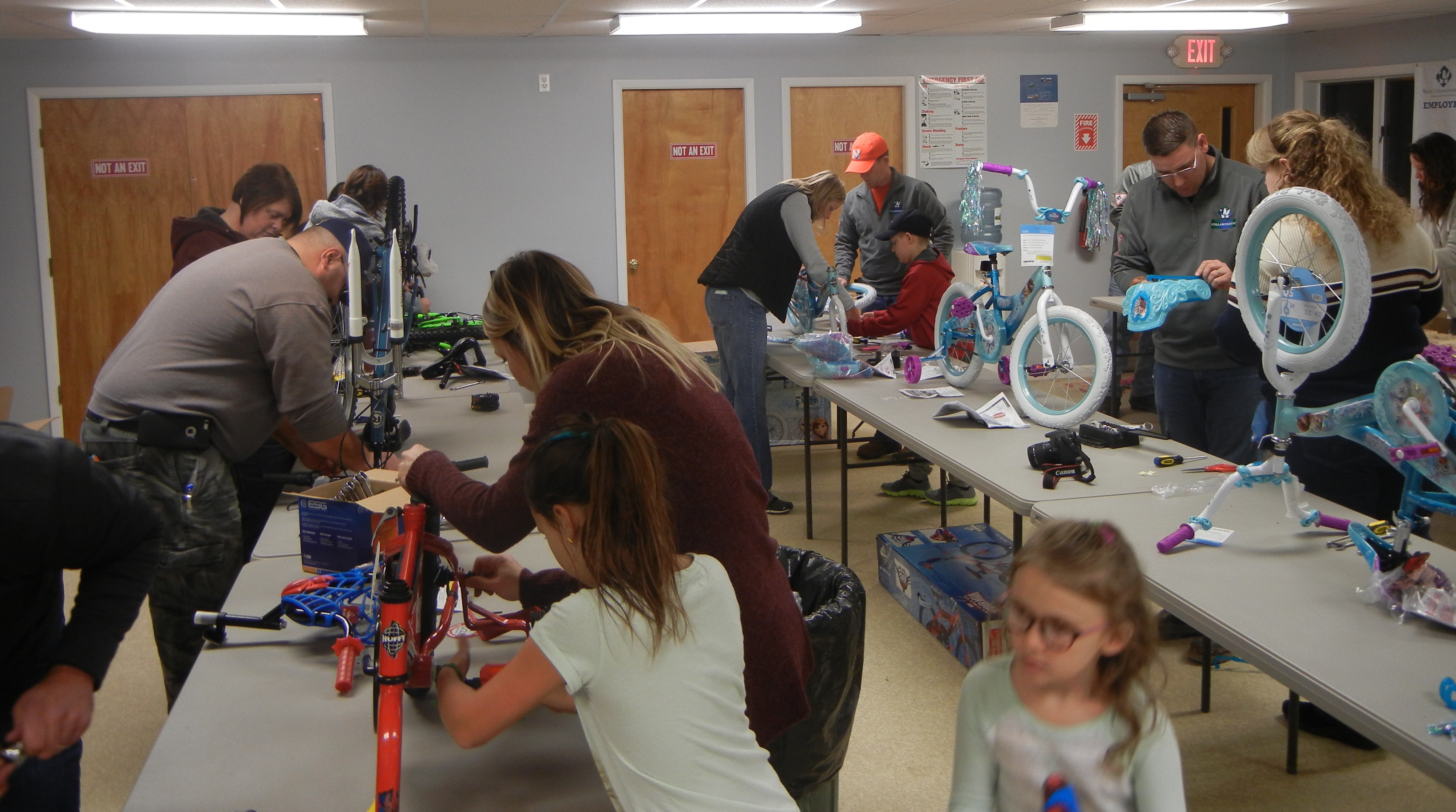 Seneca Meadows District manager Kyle Black offers, “We have a great team here at SMI dedicated to go above and beyond in the community in which we all live, tirelessly working to make our community a better place to live, work and play. And a big thank you to all who have helped make this a success.”

“Our partnership with Seneca Meadows has strengthened tremendously over the past 8 years, and this year is no exception as the SMI employees will be building 100 bikes for the Hoops Bike Giveaway program,” offers Michael Scaglione, who coordinates the Hoops Bike program every year.