Five minutes before the start of the Public Hearing on the proposed Local Law No. 3 it looked like the board room might avoid filling up — or reaching capacity.

That all changed in those waning moments before the hearing began.

The crowd of roughly 40 quickly doubled, with around 100 attending the public session. Speakers signed up to speak on a sheet, which sat outside the board room at the former-St. Patrick’s gym, where the Seneca Falls Town Board typically meets.

The hearing got off to a strange start, as Town Supervisor Greg Lazzaro spoke briefly, as a resident, before saying that he would not take part in the public hearing. He proceeded to leave the meeting less than five minutes after it’s start.

The hearing went on, though, as multiple speakers voiced their concern around Seneca Meadows continued operation in Seneca Falls. Many hoped that the board would make a decision on the proposed Local Law No. 3.

“I don’t want to insult people who went before you who signed the host agreement,” Chris Little said. “Tourism and trash do not mix,” he continued. “It’s time to focus on where the real money is now,” he concluded echoing his hopes that tourism would remain the region’s focus. Little works in Seneca Falls consulting with non-profits and organizations on how to generate funds.

“Seneca Meadows has no intention of closing the landfill,” said Karen Rothfuss. She spoke about the litigation that would likely come “at some point down the road” no matter how the board acts on this particular local law. Many opponents of the proposed local law say that any legislation preventing Seneca Meadows from operating would result in litigation.

Doug Avery said while addressing the board that the continued purchases of property around the current footprint of Seneca Meadows proves, in his estimation, that the landfill “will not leave until they are pushed out.”

Not everyone was sold on the new local law, though. 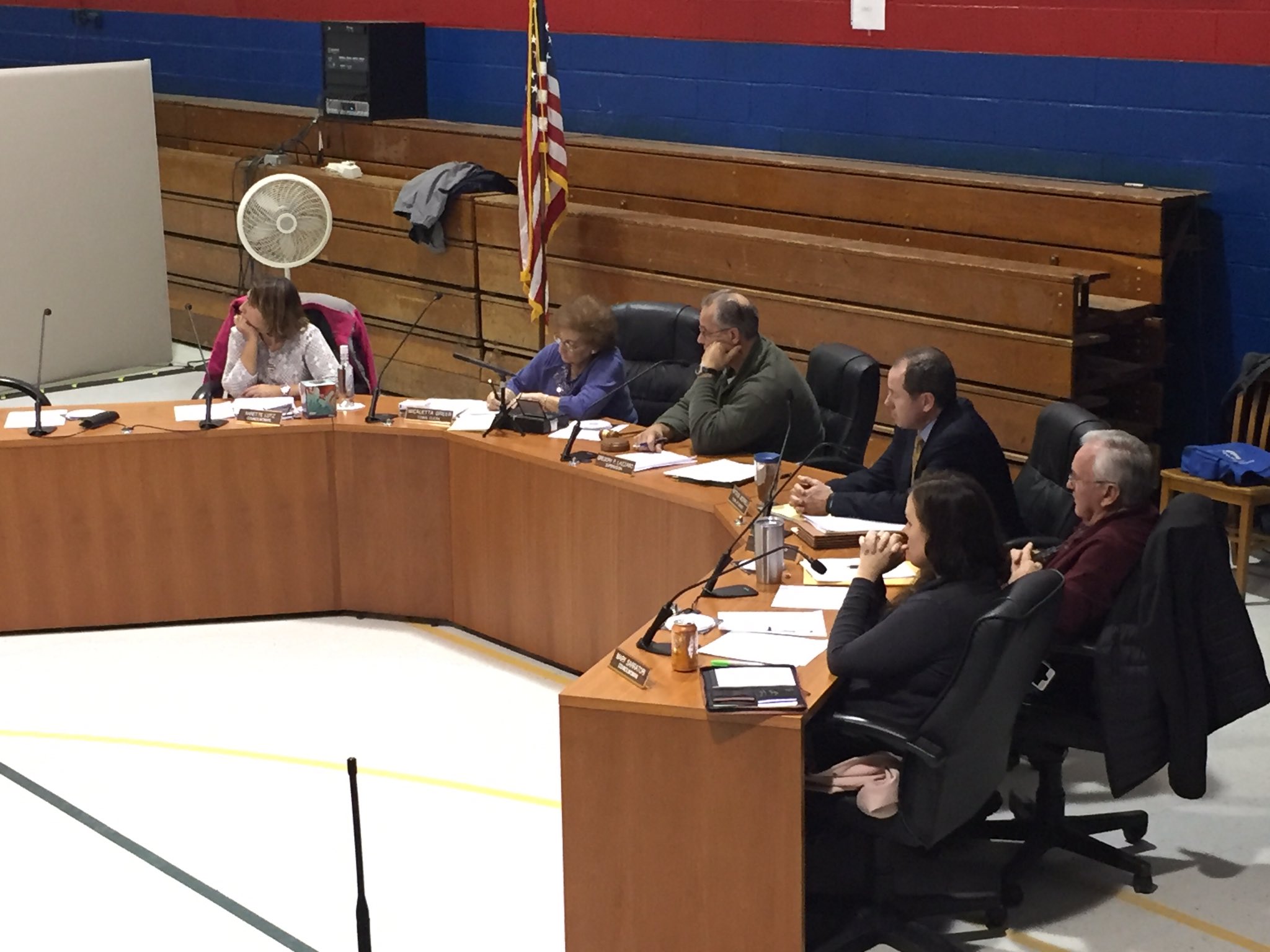 “Local Law No. 3 is the twin to Local Law No. 7, which Seneca Falls residents clearly rejected,” Seneca Meadows District Manager Kyle Black said. “Our area can’t afford skyrocketing tax hikes and the drastic cuts in services Local Law No. 3 would cause. At every opportunity, Seneca Meadows will continue to present the facts to our partners in local government and neighbors. We are proud of the work we do, the numerous local charities we support, and the strong record of environmental stewardship we have earned,” he concluded.

“You’ve become addicted to the smack that comes from Seneca Meadows,” said Doug Zamelis, environmental attorney for the Concerned Citizens of Seneca County and Waterloo Container. The local law, which was modeled after one adopted in the Town of Carol was fought by the landfill in that instance. However, Zamelis pointed out that the law was upheld by the second-highest court in New York State.

As the last speaker wrapped up the public hearing — the board voted unanimously to close the hearing portion of the session. The night wasn’t over though.

Councilmember Annette Lutz introduced a series of resolutions, which expedited the process of pushing the proposed Local Law No. 3 closer to an adoption vote. While the board took several moments to look over the documents they were handed, they would ultimately vote to pass all resolutions leaving only the vote on the local law.

On Tuesday, December 6th the board will meet and the proposed Local Law No. 3 will be on the agenda.

FingerLakes1.com will have complete video of the public hearing available on Thursday.