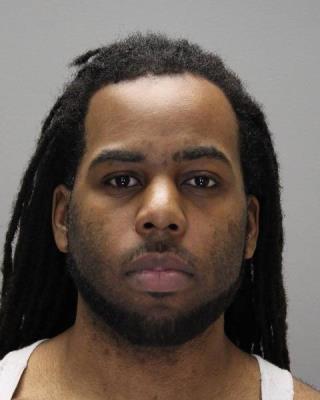 A Canandaigua man has been arrested on a variety of charges after units at the City and State level executed felony arrest warrant.

Authorities say that Clifton L. Vickers Jr., 27, of the Rochester area led police on a pursuit — putting numerous officer and civilian lives in danger. During the incident, which took place on March 5th, 2016 he is accused of intentionally driving at an occupied marked police vehicle.

Due to Vickers aggressive and reckless driving the pursuit was terminated. During the investigation that ensued Vickers was identified as the driver of the vehicle and a warrant for his arrest was issued.

Vickers was found at a residence on Avenue D in the City of Rochester by the New York State Police Felony Warrant Division. He was taken into custody without incident.

He was formally charged with assault on a police officer with a deadly weapon, reckless endangerment in the first degree, fleeing an officer in a motor vehicle in the third degree, failure to yield the right of way to an emergency vehicle, failure to give half of the roadway to traffic, speed in zone, speed not reasonable or prudent, failure to stop at a stop sign, passing a red light, failure to keep right, driving on shoulders/slopes of controlled-access highway, failure to keep right of way at intersection, driving to left of pavement markings, reckless driving, and operating a motor vehicle without a license.

Vickers will answer the charges at a later date and is due back in court on October 7th.