On Tuesday, the Seneca County Board of Supervisors voiced concern about a bill, which is sponsored by Senator Michael Nozzolio (R-Fayette). It has passed the New York State Senate, and awaits action in the Assembly. 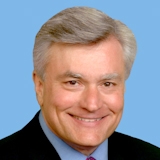 The legislation would assume that for volunteer firefighters – assume many of the same risks as those who are full-time, paid firefighters. The legislation assumes that any firefighter who successfully passed an entry physical examination – and is diagnosed during duty, or after discharge with a number of outlined cancers – developed the condition while serving, or as result of his or her service.This assumption means that melanoma, lymphatic, digestive, hematological, urinary, prostate, neurological, breast and reproductive cancers will all be covered under the legislation. While the bill does leave a certain amount of gray-area – like who is responsible for the cost – the focus of it remains on ensuring quality health coverage in the long-term for those who volunteer to protect local communities.As the supervisors in Seneca County take a step back to evaluate how they would like to proceed on this particular issue – I reached out to Senator Michael Nozzolio for comment on S.3891. He explained that the Fireman’s Association of New York (FASNY) has made this particular bill a “top priority” this legislative session, as it awaits a vote in Assembly.“Volunteer firefighters fight the same fires as paid firefighters, they take the same risks to protect our safety and well-being, and I believe they must be provided with the same insurance coverage,” explained Nozzolio. He continued, explaining that his bill “Would provide greatly needed presumptive cancer care to the over 100,000 volunteer firefighters in New York State who are at a significantly higher risk for cancers due to their exposure to carcinogens and other deadly toxins.”The Senator’s statement continued:“As the New York State Senator representing the Finger Lakes region, our volunteer firefighters are the backbone of our local communities and they protect the lives and property of the majority of the people in my Senate district. I am deeply committed to doing everything I can to see this measure adopted into law. I will continue to work with the State Assembly and the members of FASNY to enact this measure.”The local twist to this story though, comes through a volunteer firefighter who lost his life to an eight-year-battle with brain cancer in 2012. Matthew Foe, a Geneva resident and member of the White Springs Volunteer Fire Department advocated fiercely for the rights of volunteer firefighters. He worked with Senator Nozzolio, Assemblyman Brian Kolb (R-Canandaigua), as well as FASNY – advocating for firefighter benefits. While he began fighting after his diagnosis – his fight has been carried on by Senator Nozzolio, as well as FASNY, who are working to make S.3891 law. Nozzolio said, “Enacting this measure would help to ensure that volunteer firefighters, like Matthew, who sacrifice their safety and well-being to protect all of us, would be covered by insurance should they be diagnosed with cancer.”In looking at this legislation, as well as the notion of any entity disapproving of such a measure – I can’t help but think about one word:Accountability. Volunteer firefighters who volunteer are not only the lifeblood of small communities – like those in the region – but also are becoming the future of firefighting. As municipalities work to save money, and fire companies are left with shrinking budgets – volunteers are an absolute necessity. In this scenario – denying insurance is equal to denying accountability. The very reason we have laws in the U.S. is to protect people. In this case, a small group of people – who otherwise are left, not only in the minority – but also in the forgotten depths of our health care system. This isn’t just about the individual volunteering either. This is about the families who are left struggling in every way imaginable – during a time when they are mourning on top of everything else. To deny accountability, due to a firefighter’s “volunteer status” isn’t just insulting to the individual firefighter, their family, or legacy – but it’s also an insult to the community they serve.They give up their time, their safety, and they tell their communities “We have your back.”No one thinks twice when they’re lending a hand to others – but when accountability is expected from the communities they serve – those who oppose the law say, “It’s just too expensive.”Chatter on this subject doesn’t constitute concern that it could become a formal resolution. However, a draft resolution was proposed at the meeting. It was tabled. More information will be acquired. But, the way Seneca County moves forward could have a long-term impact on volunteerism in every community throughout the region. That’s important. Especially for small fire districts like those in Seneca County – who rely completely on volunteer services to keep households and families safe.FLX Politics is a weekly feature, which takes a critical look at policy in the Finger Lakes. He is the Lead News Editor at FingerLakes1.com and can be reached at josh@fingerlakes1.com.