Things seem to be clicking for the New York Yankees as they are looking as good as they have all season long. The turnaround started when the defending champion Kansas City Royals came to town for a four game series.Game one was the game of the long ball. Both teams combined for seven home runs and the Yanks had five of them. Two shots from Carlos Beltran, and a shot each from Brian McCann, Brett Gardner, and Aaron Hicks help lead the Yankees to a 6-3 victory. This game also included the debut of Yankees’ closer Aroldis Chapman. The hard throwing lefty topped out at 101 mph, while giving up two hits and a run. The rust was there from the 28-year-old, but the Yankees still got the win.Game two was a battle. Masahiro Tanaka would give up six runs through seven innings. But despite 3 home runs from Royals outfielder Lorenzo Cain, the Yankees still won thanks to a 6-15 performance with runners in scoring position. The final was 10-7.Game three of the series was a 7-3 loss. Michael Pineda’s struggles continued as he allowed four runs in the first inning including a three run home run from Royals’ Salvador Perez. It didn’t help his cause at all when reliever Nick Goody couldn’t get out of a bases loaded jam, charging two runs to Pineda. As for the offense, solid performances from Aaron Hicks, and Carlos Beltran weren’t enough to give the Yankees their third straight victory.In game four, Royals’ starter Ian Kennedy allowed seven runs through 6 ⅓, and Nathan Eovaldi allowed eight hits and three runs through five innings. This game was all about the bullpen and luckily for the Yankees they have one of the best in baseball. The bullpen only gave up one hit through four innings as the Yankees rolled, 7-3.After taking three out of four games from the Royals, the Yankees squared-off against AL leading Chicago. Right away the Yankees had to go up against one of the best pitchers in baseball in Chris Sale. Sale would end up throwing a complete game only giving up one run. While on the other side Yankees’ starter Luis Severino gave up seven runs in just 2 ⅔ innings. He would end up leaving the game due to a strained right tricep and landed on the 15-day DL. Yankees lose 7-1.In game two of the White Sox series the Yankees won 2-1. It was the type of game manager Joe Girardi wants out of his team. The Yankees got almost six innings from their starter, which gave the bullpen the opportunity to finish the job. Starter Ivan Nova pitched a solid 5 ⅔ innings, then the Yankees “three headed monster” of Dellin Betances, Andrew Miller, and Aroldis Chapman came in the seventh, eighth, and ninth inning respectively. White Sox pitcher Jose Quintana had a solid 7 inning outing, but it wasn’t enough.The rubber match of the series, game three, was a game of pure offense. Both teams ended up combining for 22 hits. It was a memorable day for Yankees’ outfielder Carlos Beltran as he hit his 400th career home run. Starting pitcher Masahiro Tanaka once again didn’t look sharp but New York won 7-5.In other news this week, due to injuries, Yankees call up 24-year-old starting pitcher Chad Green and 28-year-old reliever Conor Mulle from Triple-A. 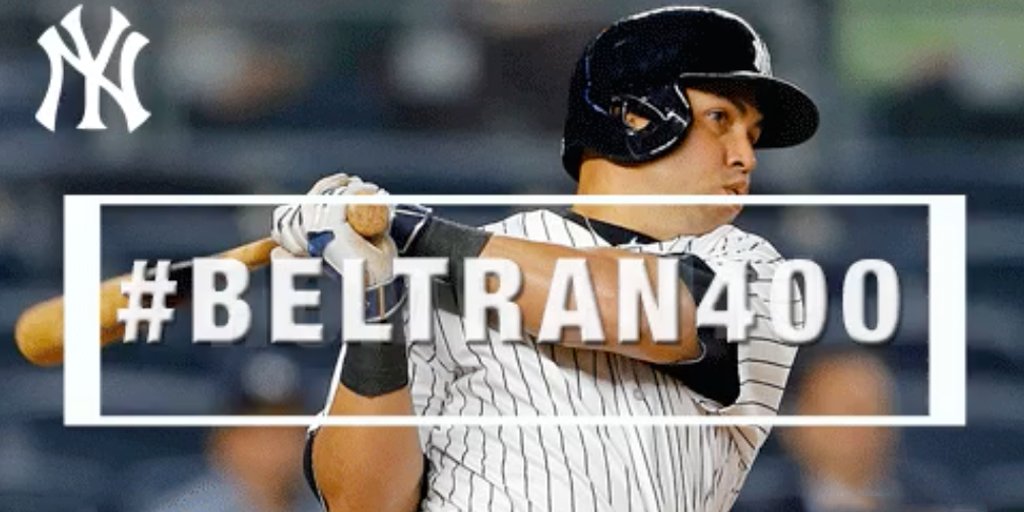