You’ve heard time and again about valuable and highly desirable cars that are ‘barn finds,’ cars forgotten but one day discovered, usually covered in dust, hay and sometimes trash. 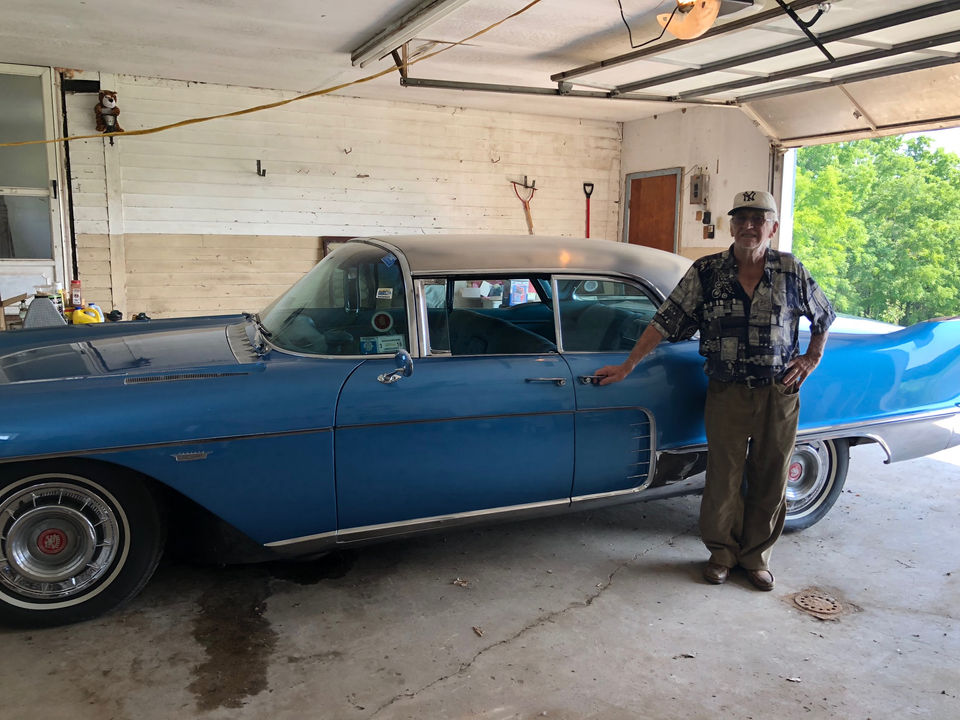 Well, here’s a barn find so to speak, and it is valuable and rare because only 400 were built, and it’s unusual to the point that most people have never seen one, and probably never will, at least in person.

The difference is while this car is in a barn, it’s there because that’s where the owner, Jerry Corrado, parked it. He hasn’t forgotten about it. Jerry used to drive it on a somewhat regular basis, but recently he admitted it hasn’t been driven in about a year.

The barn is Jerry’s, and he invited me to see his car, and some others he has on his 75 acres in Port Byron, N.Y. The big dog of the group is the 1957 Cadillac Eldorado Brougham four-door hardtop. This is a car that’s so rare most people have never seen one, let alone know what it is. It officially carries a banner as the most expensive car in America at the time, considerably more expensive than the Continental Mark II, a car that many people believed was the most expensive ride in the U.S., at the time. At $10,000 including its only option, air conditioning, The Mark II was way behind the Cadillac when it came to price. The Cadillac had it by $3,075!

And if you think this is good, which it is, you’ll like the fact that he also owns a 1958 Cadillac Eldorado Biarritz convertible, a car that’s even more rare because only 304 examples were manufactured. But the thing is, by the time 1958 rolled around Cadillac came to the realization that it might not be the best idea to brag about how expensive their cars were. Indeed, the 1958 car, a very limited edition Eldorado Biarritz Convertible, was only $7,500 out the door.

Jerry owns a 1958 Biarritz convertible but it’s presently in the body shop because the last time Jerry drove it, at least one year ago, the car was struck in the back by another vehicle. The damage was extensive and the work to return it to its authentic condition, has been lengthy.