With 18 innings at the office on their upcoming agenda, an extra-inning affair would have been the last thing on the Yankees’ wish list. Brett Gardner sent his grateful team toward the tarmac with a single in the top of the 10th inning, driving home the deciding run in a 2-1 victory over the Blue Jays on Sunday afternoon at Rogers Centre. 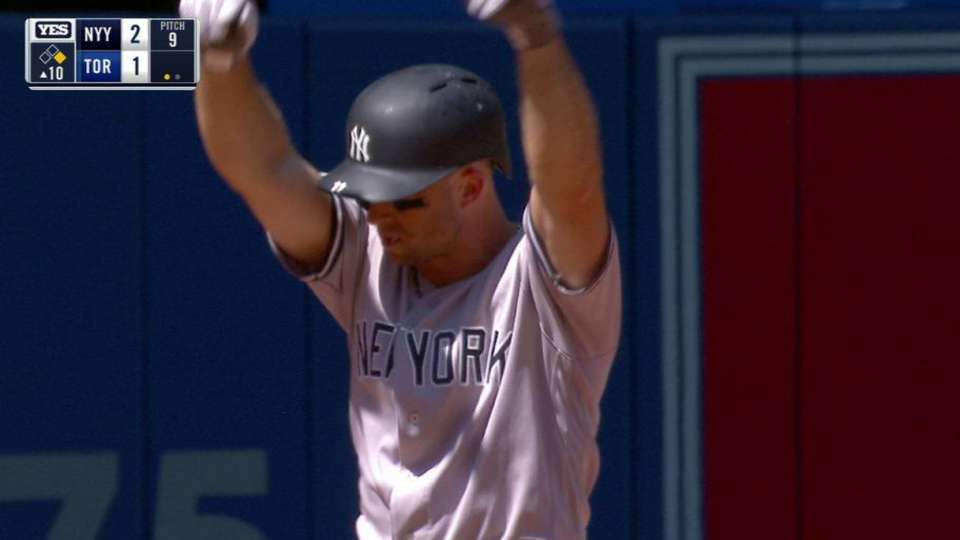 After Domingo German, Adam Warren and Chad Green limited Toronto to one run over nine innings, some small ball made the difference. Greg Bird was hit by a pitch to open the 10th, and Austin Romine dropped a sacrifice, moving pinch-runner Tyler Wade to second base. Gardner then lashed a hit to left field off Tyler Clippard for the go-ahead run.

“These guys always play us tough up here, it feels like,” Gardner said. “To lose the first game and come back to win the series, it all starts with our pitching. I thought German was great today. Once we turned it over to the bullpen, those guys keep putting up zeros. We were able to come through there in the 10th. It feels good.”