Growing up about two hours north of Denver, Wyoming native Brandon Nimmo frequented Coors Field whenever he could, idolizing Todd Helton and his left-handed swing. He left about 75 tickets for friends and family members this week at Coors, where many of them showed up long before first pitch. 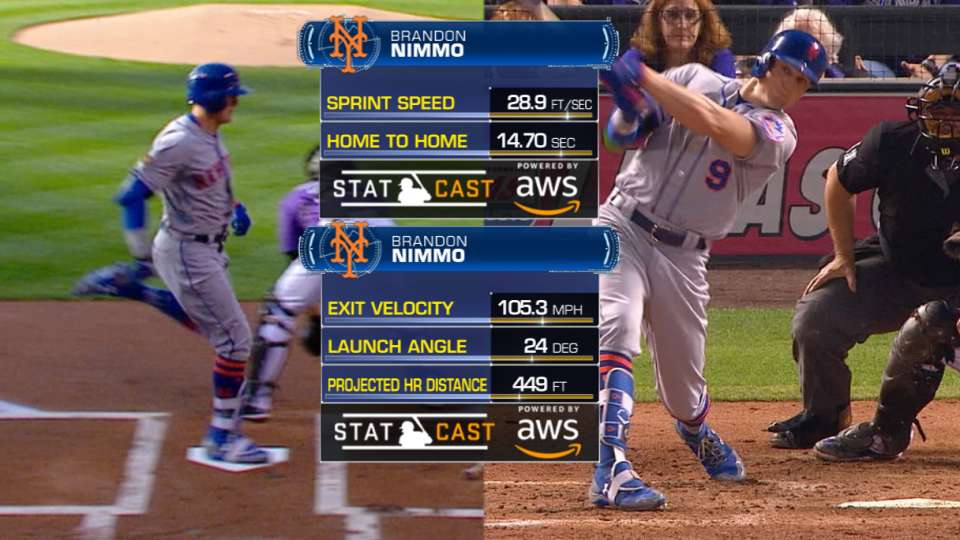 They were settled into their seats, then, when Nimmo led off the game with an inside-the-park home run, the first player in franchise history to do so. Facing Rockies lefty Tyler Anderson, Nimmo hit an 0-2 cutter off the right-center-field wall. As the ball ricocheted back toward the infield, he raced around the bases in 14.70 seconds, the fifth-fastest home-to-home time Statcast™ has recorded since its inception in 2015.