FingerLakes1.com obtained documents from the Seneca County Clerk’s Office, which detailed the complaint who identifies the plaintiff as Debra R. Rickerson, an employee with Seneca County Probation.

Last fall, Rickerson was accused by District Attorney Barry Porsch of making false claims about him. The entire ordeal was highly-publicized — as the dispute took place in the midst of a hotly-contested race for Seneca County District Attorney.

Rickerson, who is represented by Jarrod W. Smith, Esq., of Jordan, New York — is seeking money damages from those named in the suit.

Here’s a list of those named in the suit:

The complaint also states that District Attorney Barry Porsch, who filed a Notice of Claim last September against Rickerson — has made claims of libel, slander and defamation of character, which are called ‘frivolous’ in the suit.

The complaint also states that Rickerson was denied her due process and equal protection under law by the Seneca County Board of Supervisors.

The complaint asserts that the Finger Lakes Times, and Reporter David Shaw committed the above damages after a front page story was published titled “Porsch files notice of claim, says he won’t file lawsuit.” It points out that the front-page story published on September 14th, 2017 — interviewing Porsch about his notice of claim. It further asserts that Shaw, and thereby the Finger Lakes Times did not corroborate the information set out by the District Attorney in that interview.

A second story is called into question, which was titled “Rickerson files notice of claim against DA,” where the claim says the same ‘false facts’ were used against Rickerson. Two more stories are outlined in the complaint — all of which assert that the Finger Lakes Times failed to corroborate details brought forward by Rickerson (County hires Rochester law firm to handle Porsch, Rickerson notices, Voters to settle contentious race).

The complaint cites ‘repeated humiliation’, ‘unlawful employment practices’, ‘mental anguish’, and damage to her reputation as causes for the complaint.

Fayette Town Supervisor Cindy Lorenzetti said that she ‘was not surprised’ by the legal action. “[Rickerson] has a good reputation with Seneca County. We knew last fall when the notices of claim were filed that there was a lot of information in there. That’s really all I can say right now, but she was a good employee for Seneca County,” Lorenzetti continued.

Rickerson remains employed with Seneca County as of publishing this article.

The Seneca County Board of Supervisors are expected to discuss the complaint at Tuesday’s committee meetings. This story will be updated as more information becomes available. 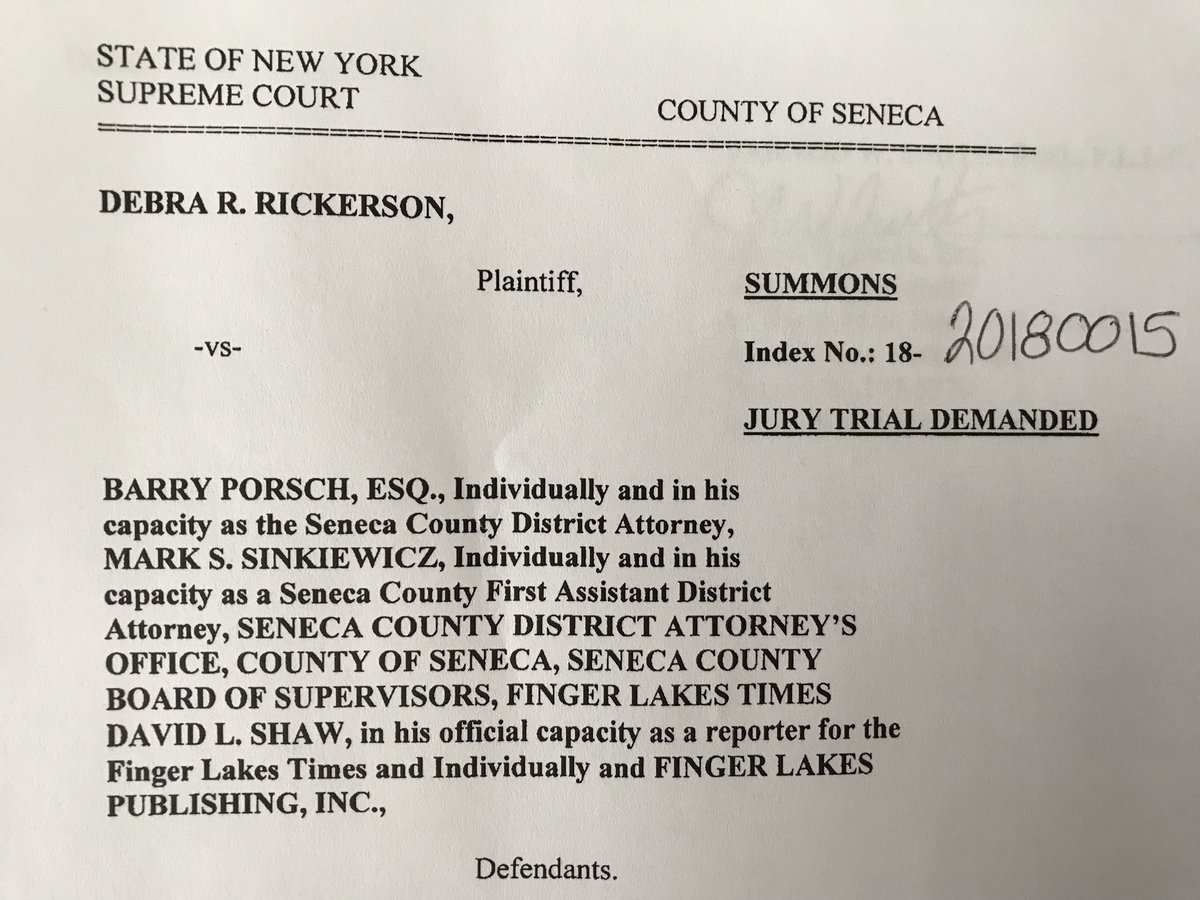 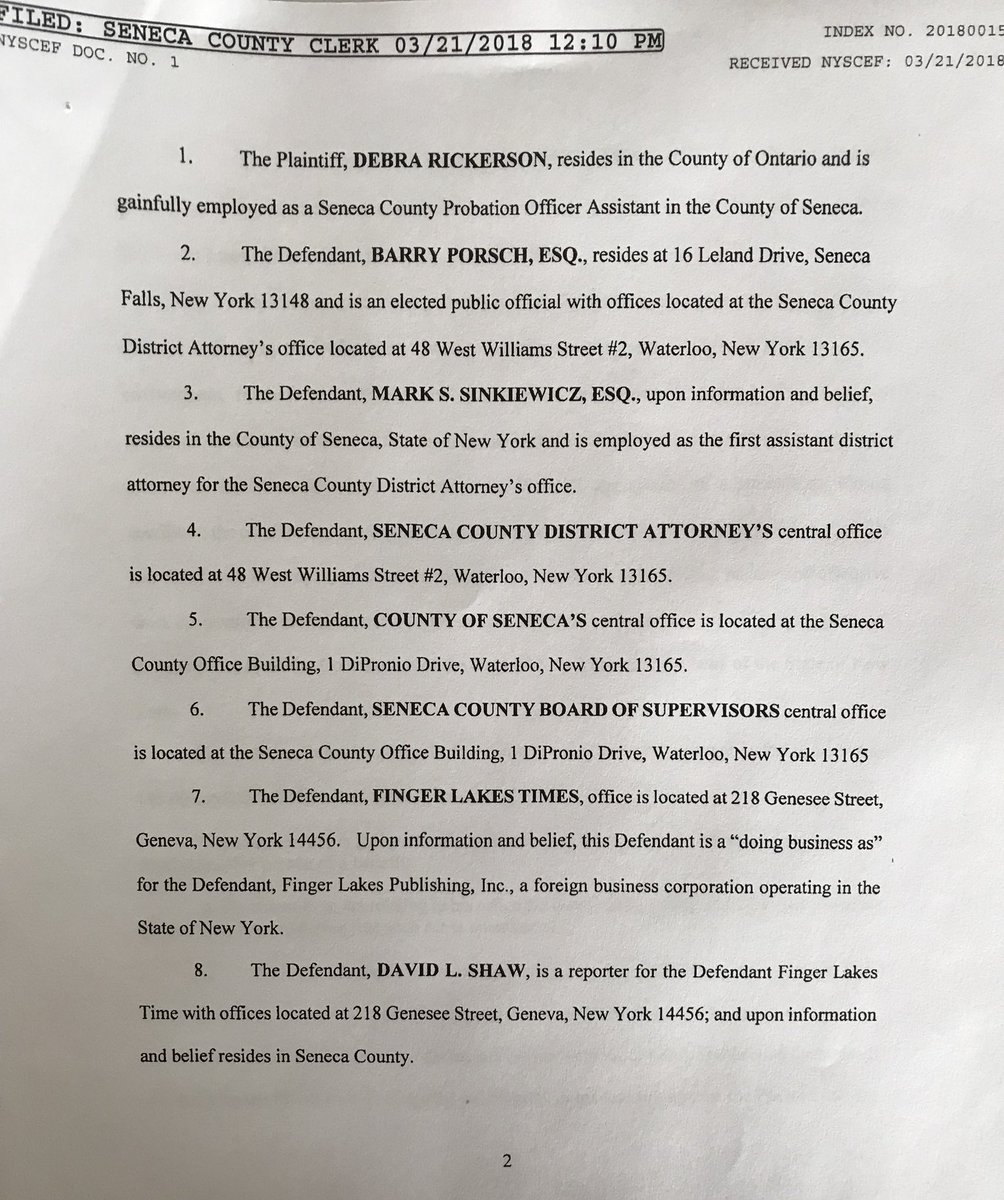 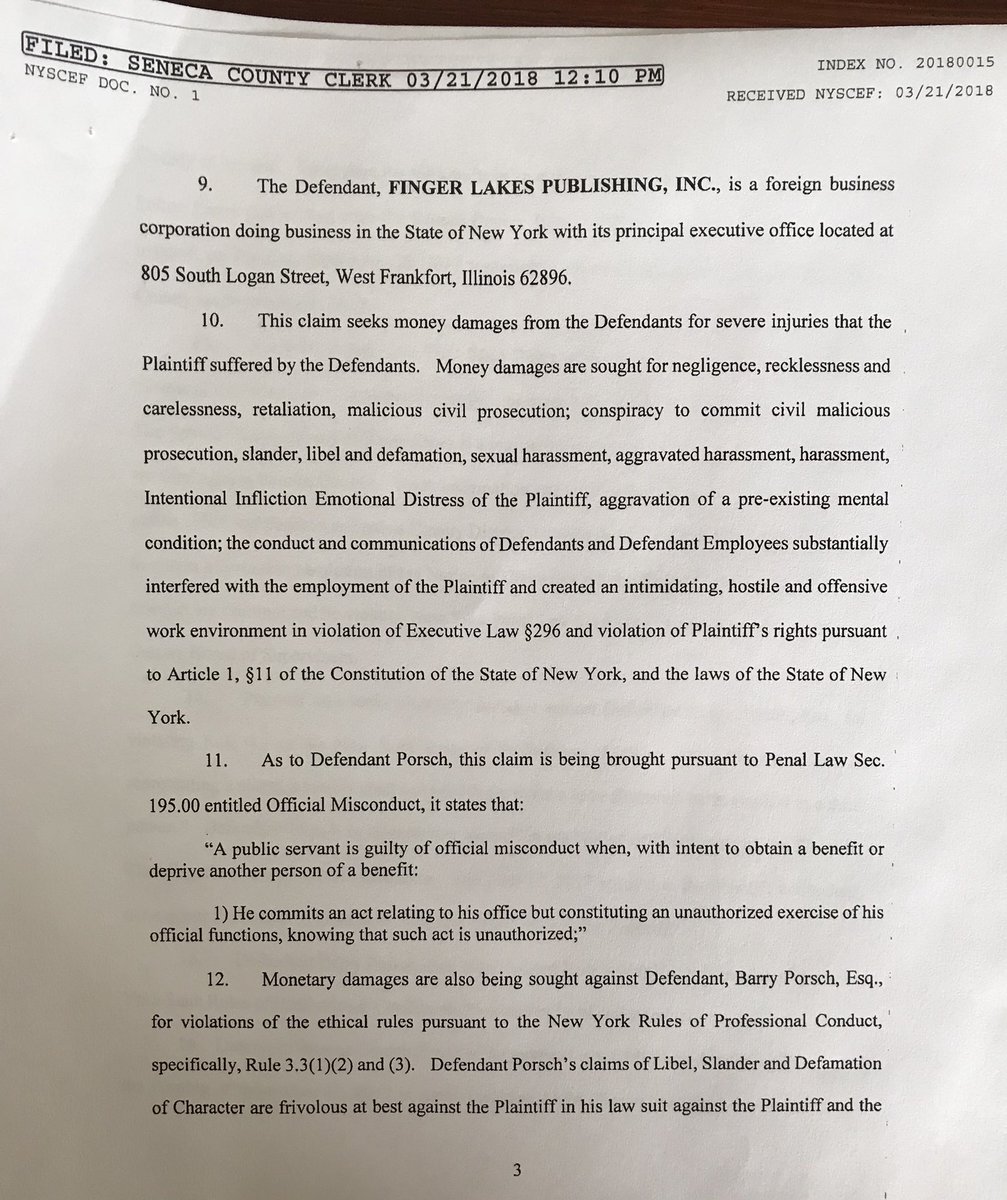 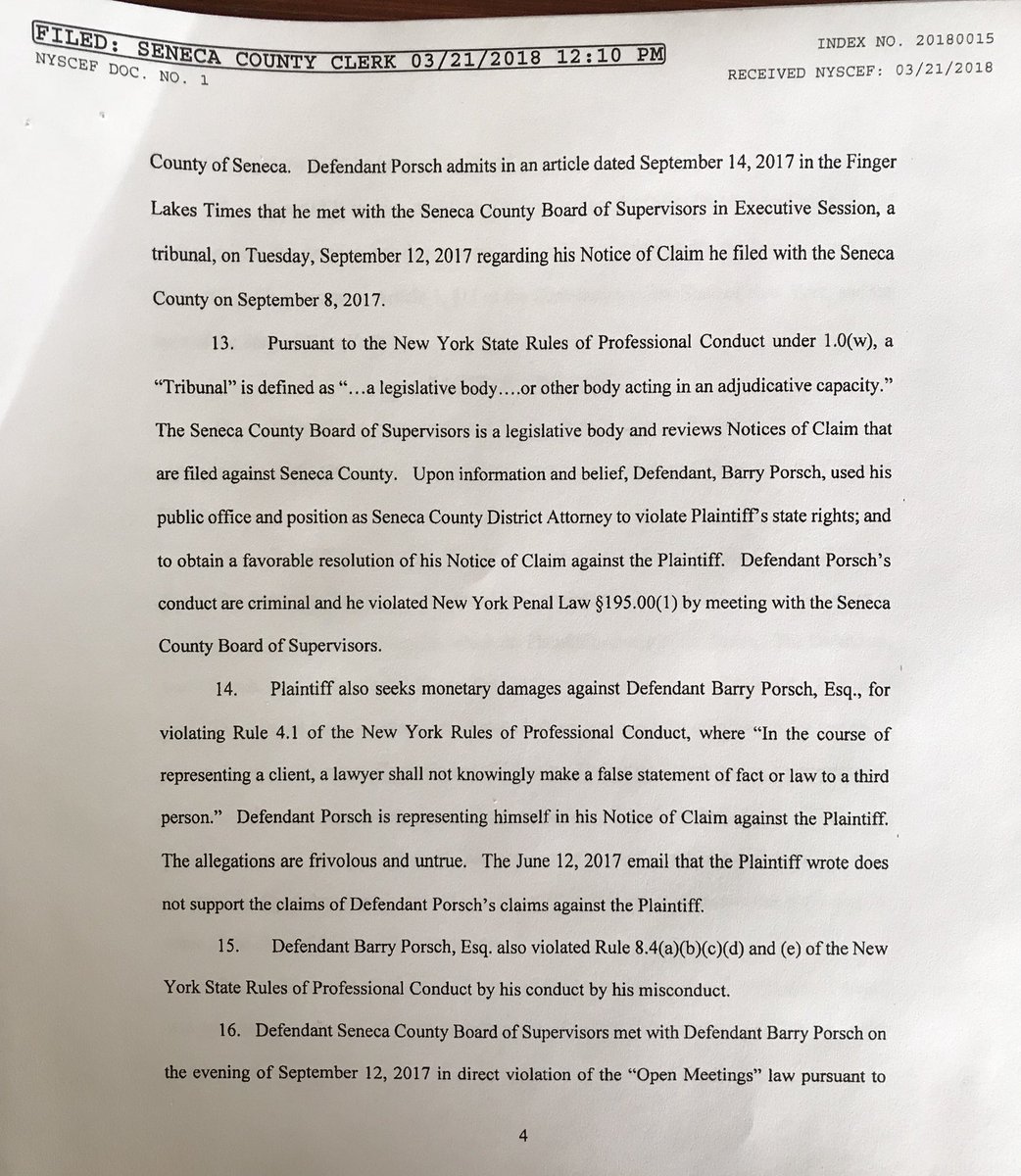