The Gananda Blue Panthers boys varsity basketball team opened their season and represented the Wayne County League with some hot shooting in their home gym against Geneva on Tuesday night. The larger Class A2 Geneva Panthers (Finger Lakes East) dropped their opener to Class C1 Gananda by a score of 61-49. The Blue Panthers shot 13-28 from three-point range and led by 8 points at the halftime break. Geneva power forward Reid Patchett finished with 19 points and 10 rebounds. This was the only Wayne-Finger Lakes contest on the slate Tuesday night. 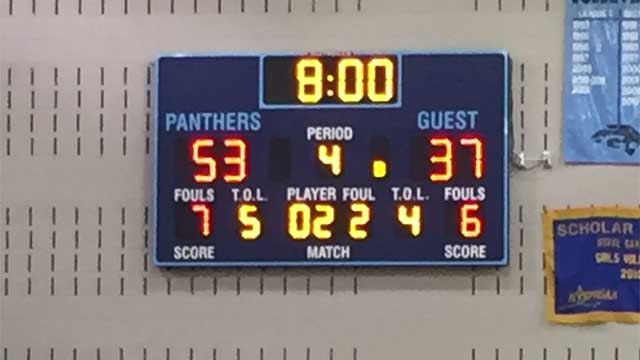 Gananda faces another Finger Lakes East opponent next when they travel to Clifton Springs to face Midlakes on Friday Night. Geneva is also in action on Friday night in the first round of the Waterloo Hall of Fame Classic. They’ll face a second Class C Wayne County school in Lyons. FingerLakes1.com will be live streaming the second day of games in Waterloo on Saturday beginning at 2:30 pm.

Lyons is currently ranked #5 in the FL1 Sports W-FL Power Rankings released on Sunday. Geneva is ranked #8. Gananda was unranked in the opening poll of the season.

Red Creek hosted Phoenix out of Section 3 and came away with a 51-43 victory. Isabella Wilbur led the Lady Red Rams with 16 points and Alex Mosqueda scored 12. Red Creek head coach Mike Krauza will join South Seneca’s Heather Mott and Mynderse Academy’s Jerry Anderson live inside the FingerLakes1.com Studio on Sunday at noon for the 2017-18 Girls Basketball Preview Edition of the Upstate Hoops Podcast.

The Romulus girls season got off on the right foot as they hosted Finger Lakes West foe Harley-Allendale-Columbia and dispatched with the Wolves 56-39. Jalen Nowden led HAC with 17 points in the loss.

The Pal-Mac Red Raiders are 1-0 after opening their season with a 46-41 victory at home against Wayland-Cohocton. 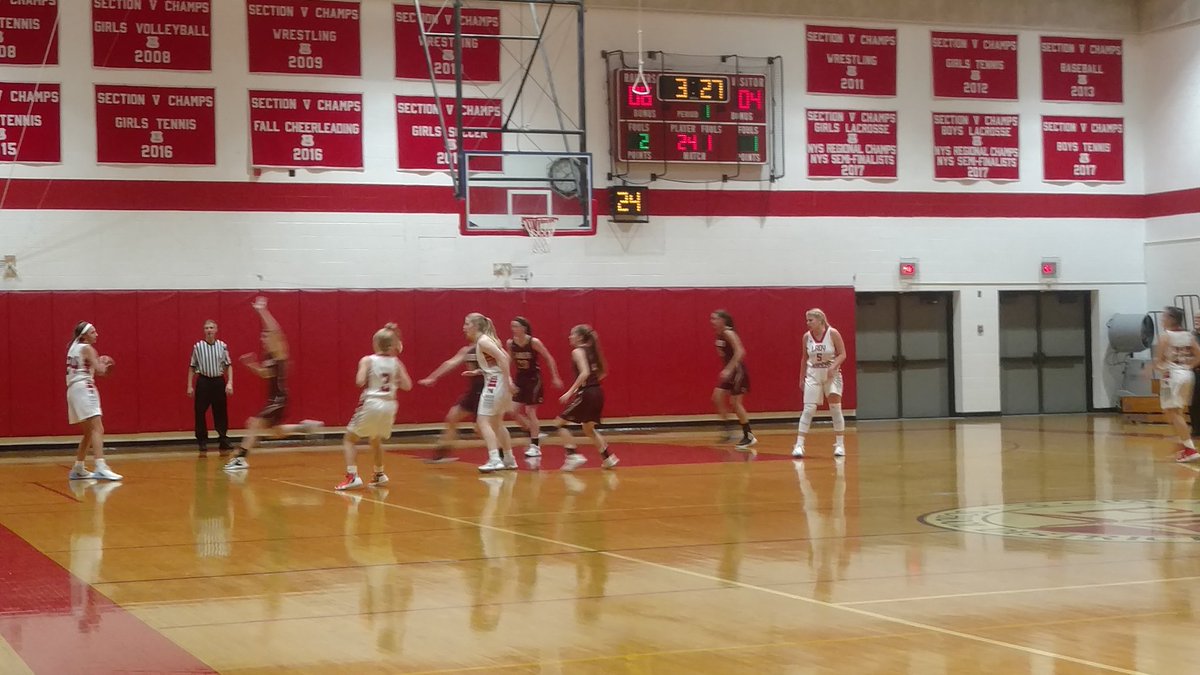 There was no report from the North Rose-Wolcott vs. Hannibal game at the time this article was published.

Basketball season has arrived in Whitesville.
The Lady Jays welcoming in Prattsburgh for their home opener tonight in the house that Dan Denner built. #SectionV pic.twitter.com/oENDWEBxNw

Leading in the forth pic.twitter.com/DITQKKRKGA

Hopefully people fill our new additions to our gym. pic.twitter.com/qd8bRnqn7I