The Yankees recognized that they would have to find a way to defeat Dallas Keuchel or Justin Verlander in order to advance, and they attacked that challenge head on. Having toppled one of the Astros’ aces to move within one win of the 41st World Series in franchise history, they will now focus their attention on the other.

The Bombers’ new core of Greg Bird, Aaron Judge, Gary Sanchez and Didi Gregorius all contributed run-scoring hits to back Masahiro Tanaka’s dominant effort as the Yankees remained unbeaten at home this postseason, defeating the Astros, 5-0, in Wednesday’s Game 5 of the American League Championship Series presented by Camping World. 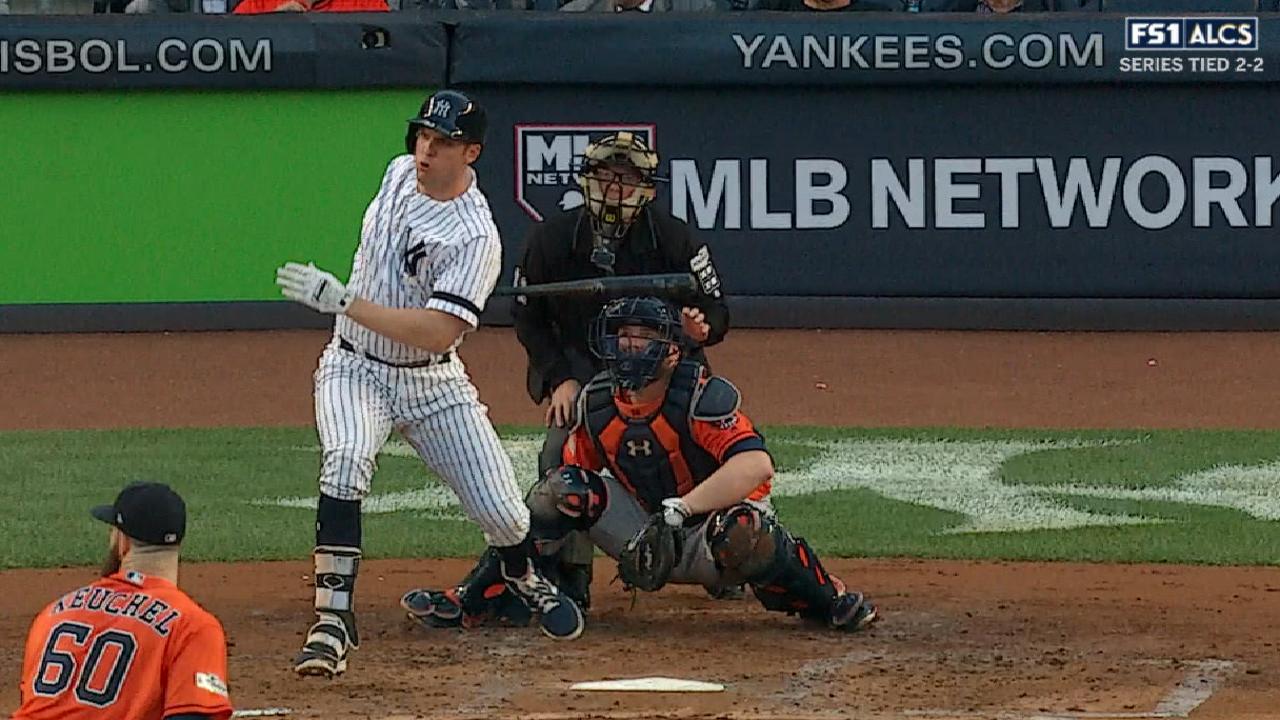