Fresh off arguably the biggest start of his career, right-hander Masahiro Tanaka will start Game 1 of the American League Championship Series presented by Camping World on Friday against the Astros, the Yankees announced on Thursday. Game 1 will air at 8 p.m. ET on FS1.

Tanaka provided a huge boost in Game 3 of the AL Division Series presented by Doosan, scattering three hits over seven scoreless innings in a 1-0 win over the Indians on Sunday at Yankee Stadium. Saturday’s Game 2 start will go to right-hander Luis Severino, who worked seven innings of three-run ball, striking out nine, in New York’s Game 4 win over Cleveland. CC Sabathia will start Game 3 on Monday when the series shifts to New York, and the veteran lefty will be followed by Sonny Gray in Game 4 on Tuesday. 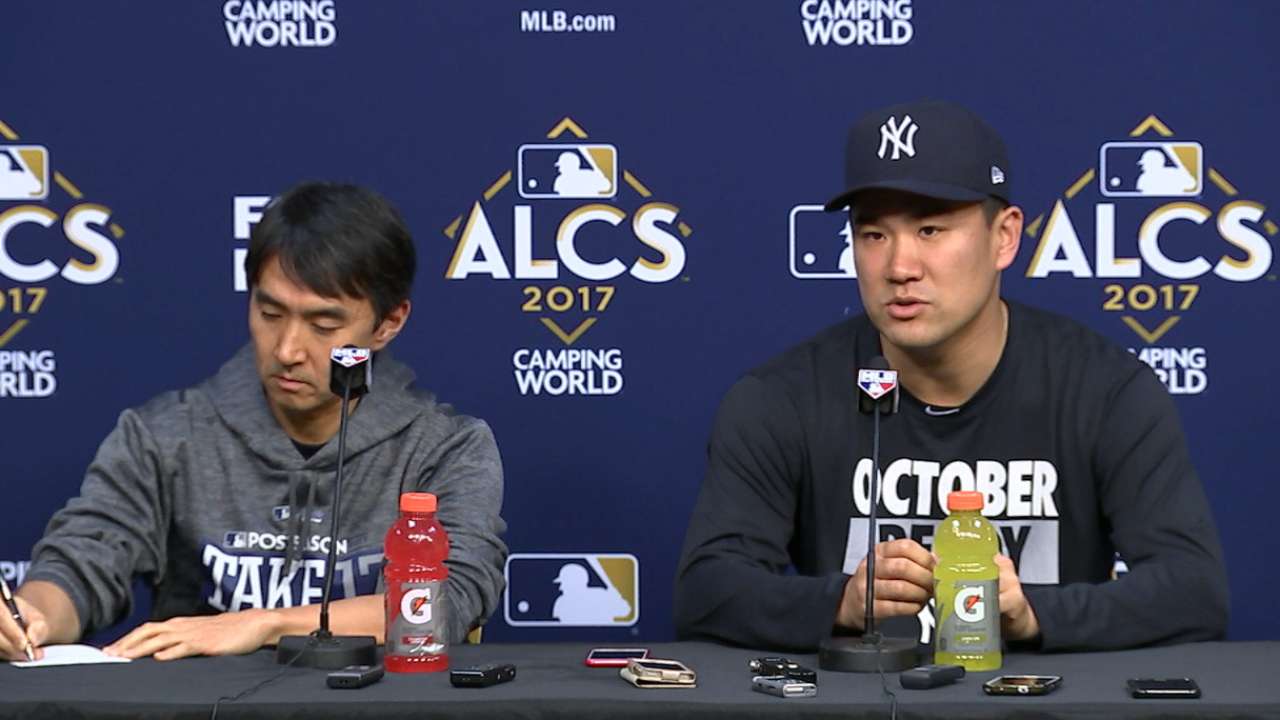