In a Record Of Decision released earlier this week, the New York State Department of Environmental Conservation (NYS DEC) announced that cleanup of the Ithaca Falls Overlook site is complete, and no further remedial action is needed.

The DEC notice states the “No Further Action” decision was made based on their own investigations, public comment and interim remedial measures (IRMs) performed or to be performed at the overlook. An IRM is used to make cleanup happen sooner, if a source of contamination or exposure pathway (the way in which someone may become contaminated, like soil or water) can be effectively addressed prior to completion of site remediation and review. 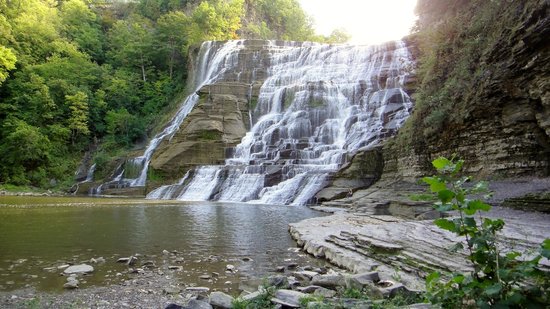