Long since out of contention for a postseason berth, the Mets have used September as a proving ground for their younger players. Some, such as Amed Rosario and Dominic Smith, are top prospects, obvious pillars of the future. Others, such as Travis Taijeron, are organizational pieces attempting to demonstrate their worth. 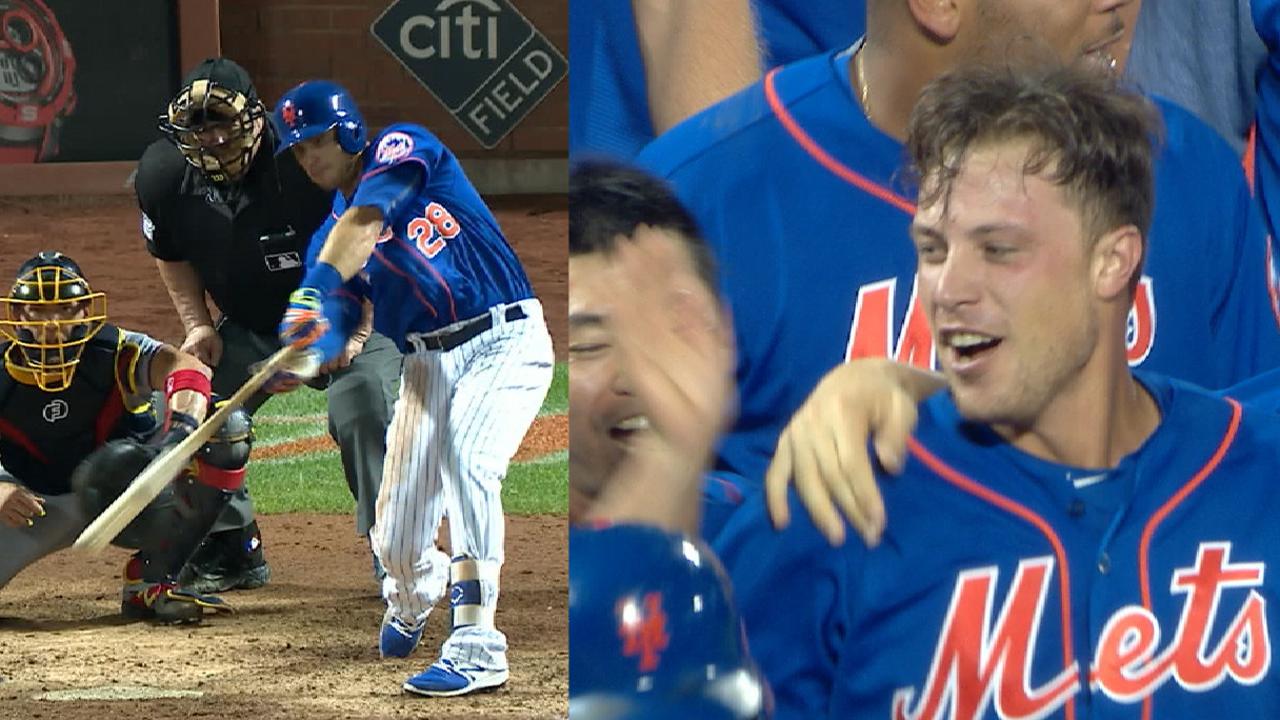 Taijeron did a fine job of that Tuesday at Citi Field, collecting his first career walk-off hit in the Mets’ 4-3 win over the Braves. Kevin Plawecki sparked the winning rally with a single to open the ninth against A.J. Minter, who then walked Smith to put pinch-runner Juan Lagares in scoring position. After Rosario struck out, Taijeron pulled a single over left fielder Jace Peterson’s head to end things.