The American League Player of the Month in August, Manny Machado shows no signs of slowing down.

Machado’s two-out, walk-off homer — his second blast of the game — erased the O’s deficit and gave them some late-inning heroics and a badly-needed 7-6, series-evening win over the Yankees in the wee hours of Wednesday morning.

The win moves the O’s within a half-game of the second American League Wild Card, pending the outcome of the Angels game, with the Yankees falling one out shy of breaking their own hex at Camden Yards. New York has not won a series at the O’s home since the start of the 2014 season. 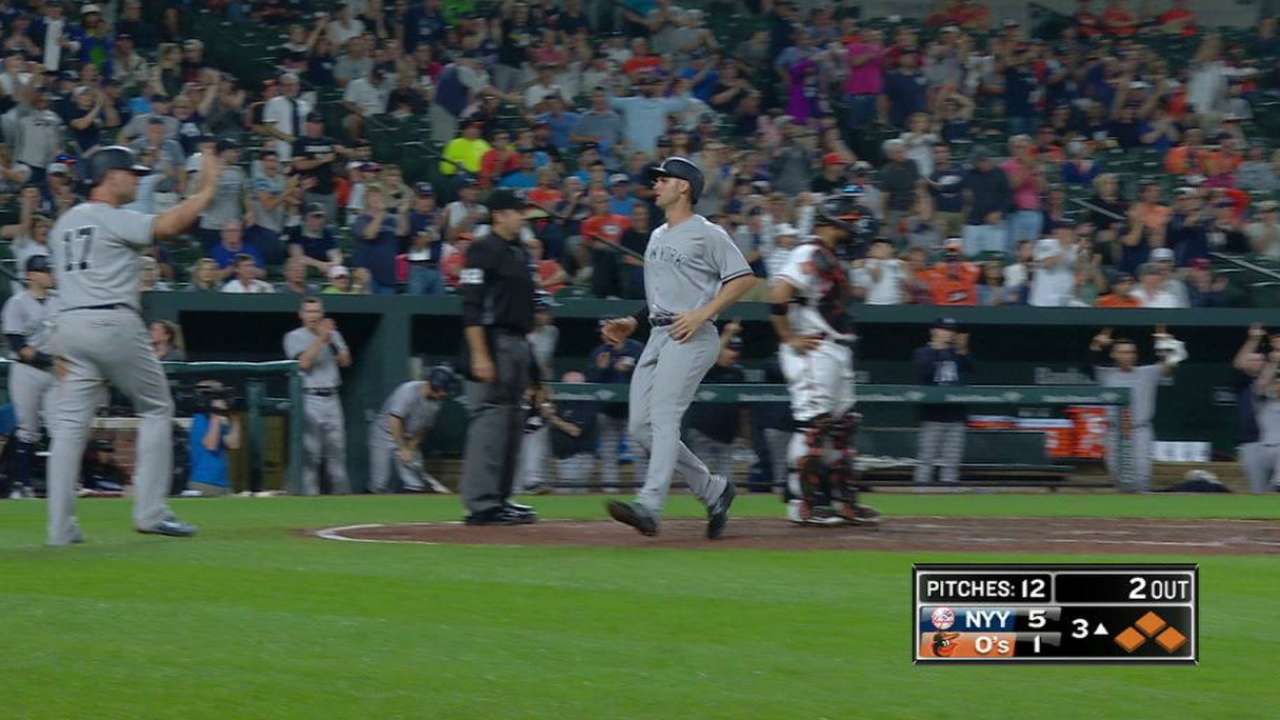 The long, arduous win — which started with a two-hour, 14-minute rain delay — finished a few minutes before 1 a.m. ET on Wednesday, with Machado making Yankees closer Dellin Betances pay for the five-pitch walk to Tim Beckham that preceded him.