Starlin Castro homered and drove in three runs, Didi Gregorius slugged a two-run shot and the Yankees roared from behind to celebrate a 7-4 series-opening victory over the Orioles on Monday afternoon at Camden Yards.

With their third straight win and fourth in the last five games, the Yankees closed within 2 1/2 games of the American League East-leading Red Sox, who lost to the Blue Jays on Monday night, while moving three games ahead of the Twins, who lost to the Rays, for the top AL Wild Card. The Orioles now trail the Yankees by 4 1/2 games, the Twins by 1 1/2 and the Angels by one in the Wild Card chase. 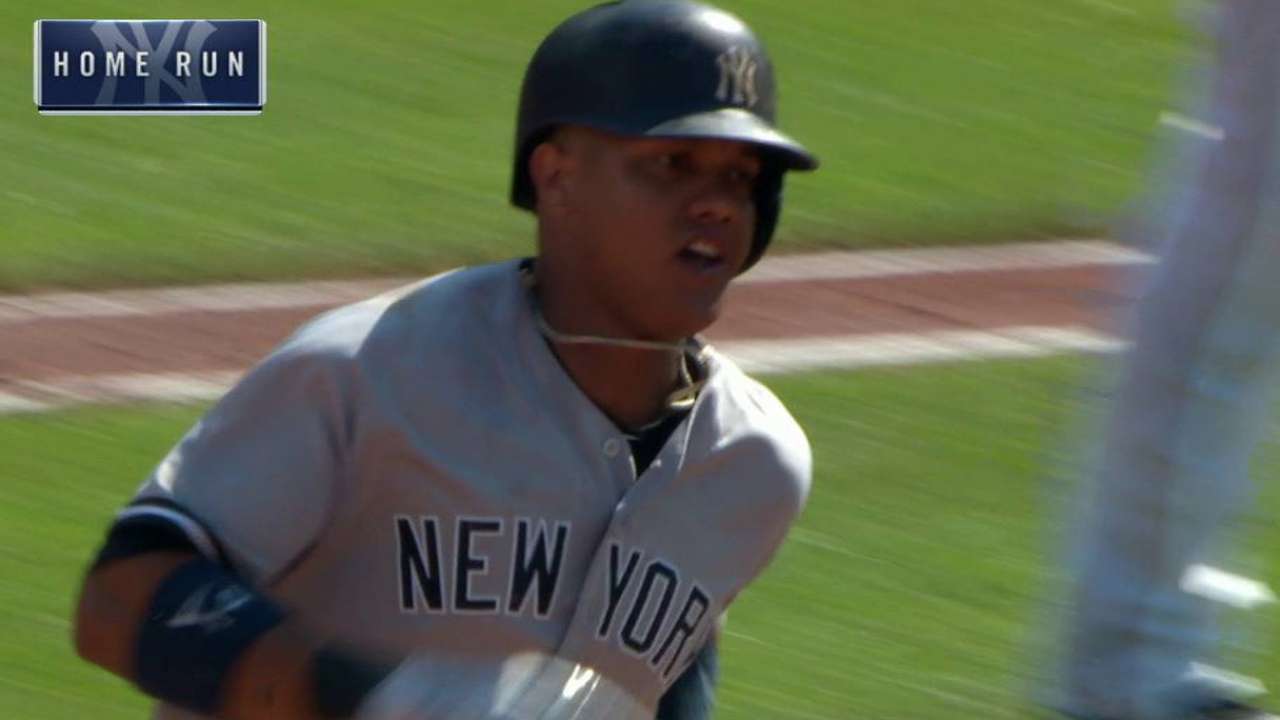