After a couple of recent missteps against the Red Sox, the Yankees had some urgency to win Saturday night and not lose any more ground in the American League East. That meant beating heavy AL Cy Young Award favorite Chris Sale, and the Bronx Bombers used a couple of home-run swings to pull off that daunting task en route to an important 4-3 victory at Fenway Park.

Tyler Austin mashed a three-run shot in the second and Todd Frazier added what wound up as a crucial insurance solo shot in the sixth, and New York cut Boston’s division lead to four games and set up a rubber match on Sunday afternoon. 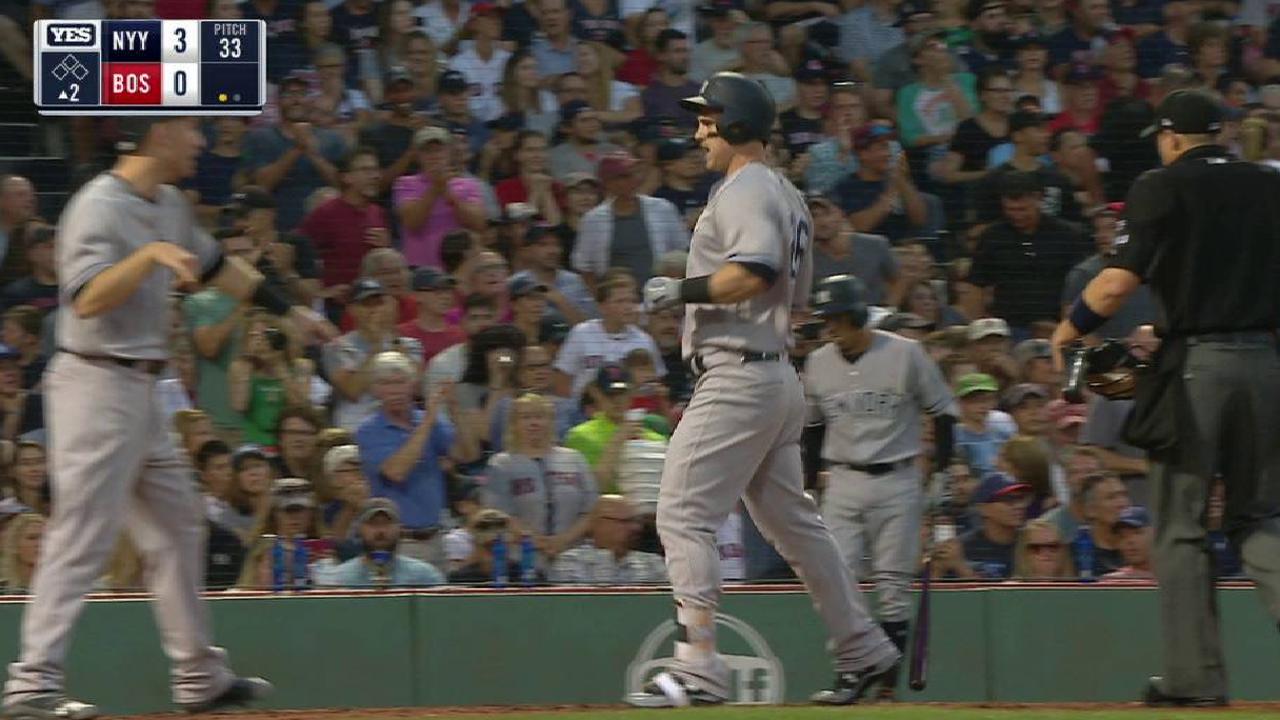