n sixth on Saturday night. Wilmer Flores and Kevin Plawecki each belted two-run homers in the outburst, as the Mets defeated the Marlins, 8-1, at Citi Field.

New York snapped a five-game skid, in which the club scored just 15 runs and batted .204. Rafael Montero, who gave up one run in six innings, picked up his first home win since Sept. 10, 2014. The right-hander benefited by getting double-play ground balls in four straight frames. 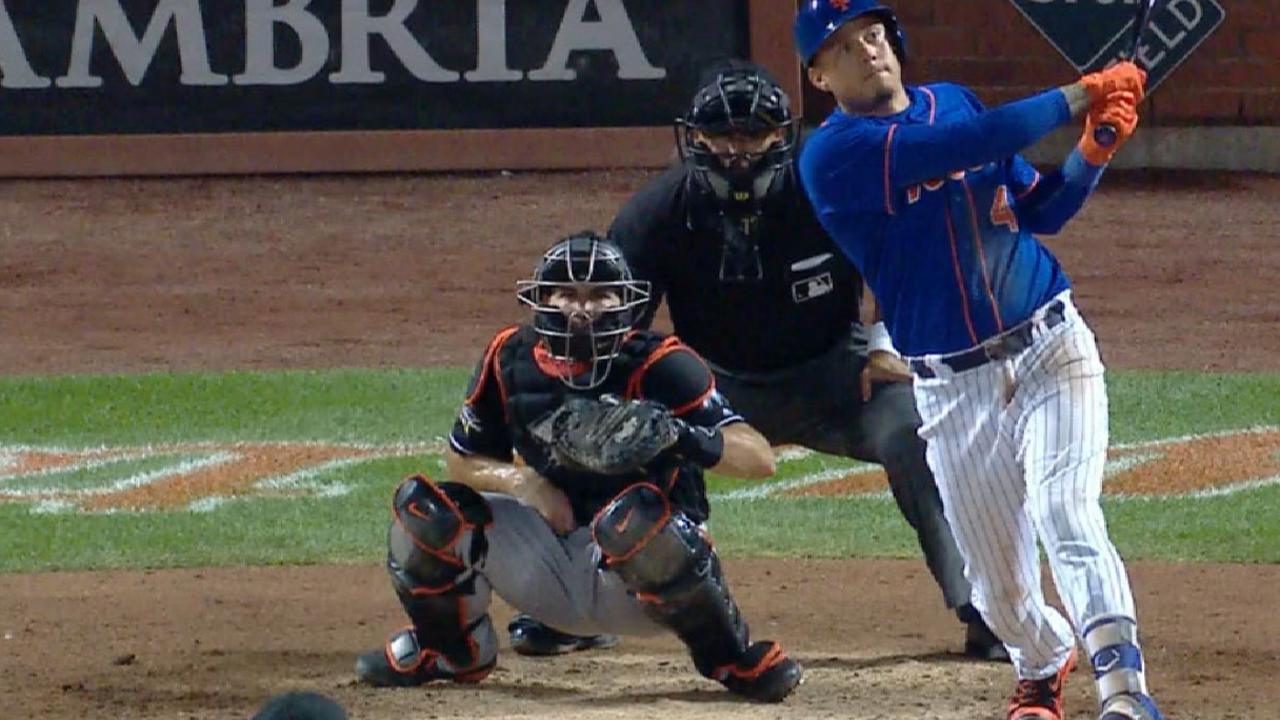